No, not the Gettysburg; that is made clear on a notice as you enter town (I didn’t get a photo of that sign though.

It has been a very hot and tiring ride today. We rode just over 240 miles across High Plains but it was windy – around 35mph and those winds were around 100 F. We were buffeted, we sweated, we became dehydrated. Jan had sore hands from fighting to keep the bike straight in the winds.

It was a fairly early start – and a delight when the lady who owned the motel in Spearfish came to wave us off and to give me a pocket corkscrew – two nights ago, we bought a bottle of red wine but then discovered we had left the corkscrew back at Pete and Barbs. I went to ask if the owners had one and, voila, the husband had one on his Swiss army knife.

We had to retrace the road back to Belle Fourche – not far, only about 17 miles; on the way, we rode under an Interstate and noticed hundreds of swallows scattering – then spotted their nests cemented to the iron girders 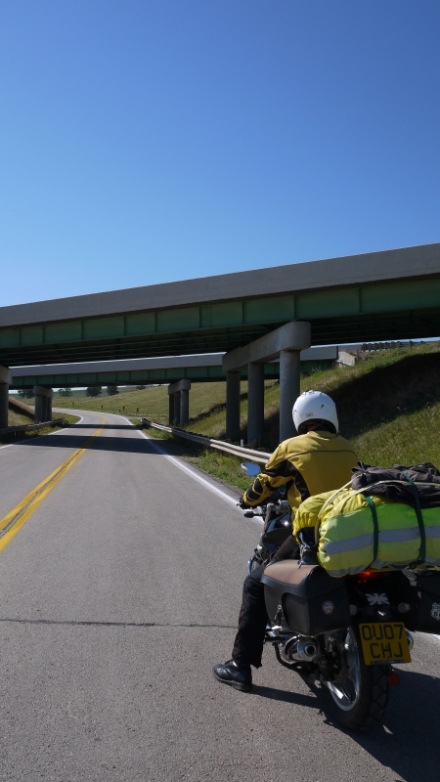 Beyond Belle Fourche we hit HW212 – the lonely road we will be following until we cross into Minnesota – and were soon riding the long, long long roads of the High Plains.

It’s a shame the small camera has a 14mm lens because you don’t really get a true feeling for the way these roads disappear to the horizon.

We saw quite a few of these big boys 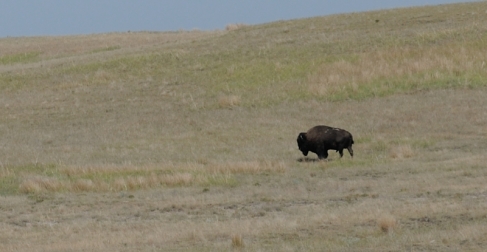 and plenty of cattle and horses; but looking at the dried-out creeks and the distances from any sign of a ranch or farm, I always wonder where the livestock get their water from. Most of the buildings we did see were deserted

The first fill-up was at 102 miles – that was the distance between Belle Fourche and the next town with a gas station. By then we were thirsty (mines the Monster Rehab (10 cals) and the water, Jan chose the Powerade and the V8. 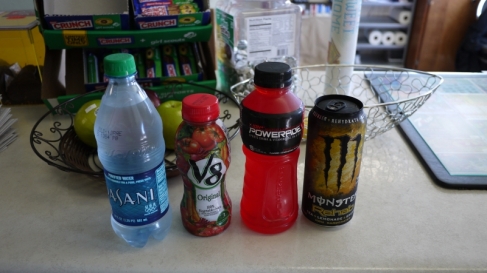 Of course, what goes in, has to come out and I had to take pics in that room.

First, a strangely odd custom we find quite frequently in the rural areas of the USA… 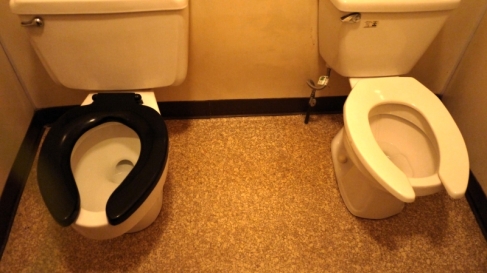 Economy of space – or inseparable friends?

The other item was simply the most lurid-coloured washbasin I have ever seen.

Now, if I had had a good night out and had to pop in and use the loo – I am pretty sure this washbasin would send me projectile – or else I would wonder if someone had slipped a little E into my drink!

The next section of road – another 101 miles – took us across the southern part Standing Rock Indian reservation. Here, we saw more evidence of agriculture and the crops were looking much healthier 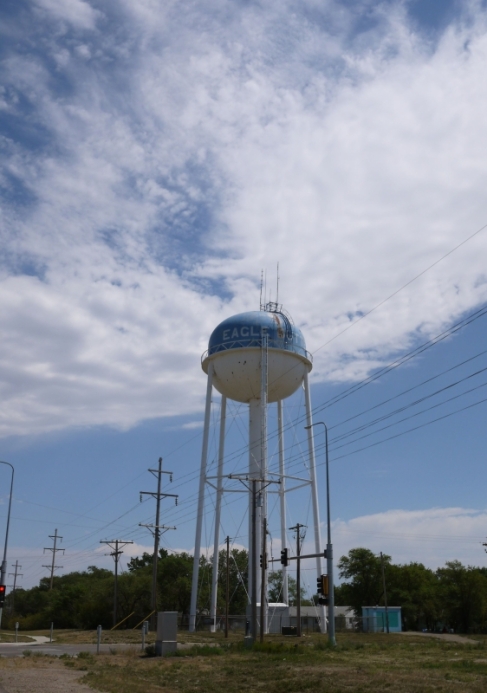 Next small town was Ridgeview

At last, the next 100 miles were astern of us and we came to a lovely area of lakes –

Only… they weren’t lakes – it was the Missouri River. A turn-out just before the bridge gave us a chance to stretch our legs awhile and to view an Indian memorial 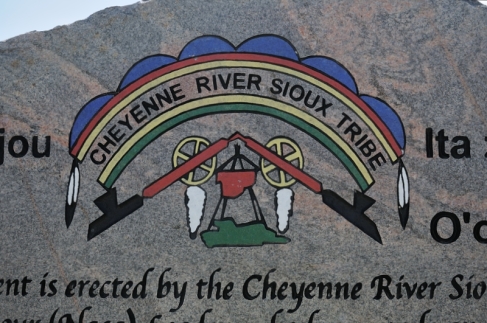 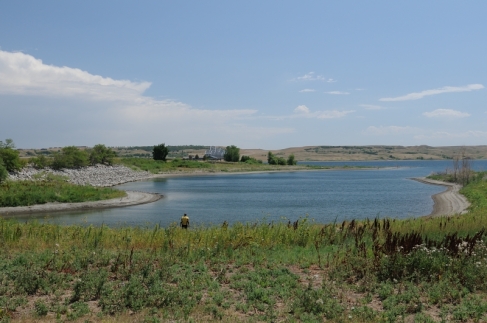 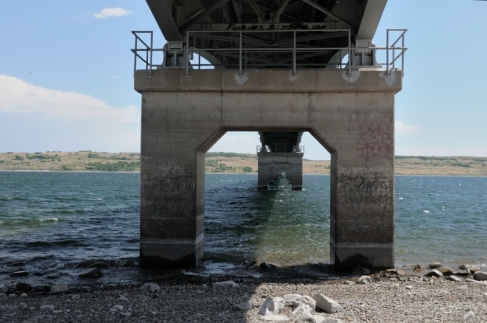 It was a little soft underfoot and I decided to head back in case it was sinking sand, lol.

A cairn had been started on the shoreline – not many stones, but they were balanced very precariously;

I really wanted to add to the cairn, so I searched and searched and, finally, found the perfect addition

I thought this was an admirable spot of engineering myself and, so you can appreciate the skill involved, here’s a close-up

It was fortunate we returned to the bike when we did … 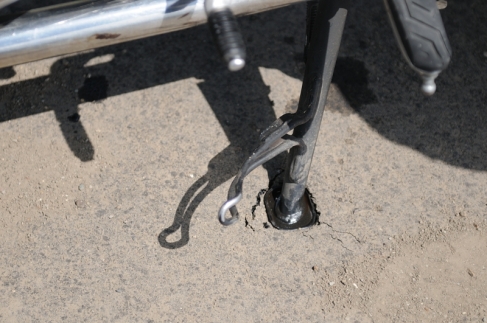 the stand was sinking into the melting tarmac

Now to cross the Missouri 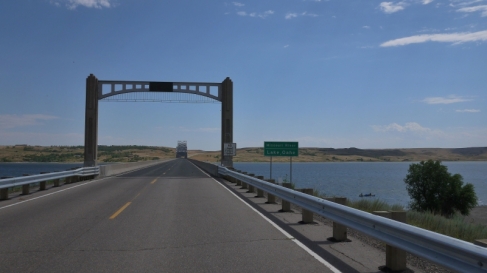 By now, Jan was wilting in the heat and we decided to look for a motel in the very next town – Gettysburg; and we found a very nice one for $49 + tax

We paid, offloaded the bags and then rode the half mile into town

for something to eat and at least 6 glasses of iced water each.

Before returning to our room, we had to go take a look at the Vet’s Memorial; it was very beautiful and amazing in such a small town.

Well, that’s all of today’s news folks – fingers crossed for us tomorrow – less heat, no wind.

Remember me mentioning us stopping to put our waterproof pants on and seeing a bear around the next bend? Well, I found these two photos of the event

And here’s another photo I meant to add from Alberta

And one from breakfast at Cheyenne Crossing, two days back