I sat up until 4am (I am day off today) Jan got in about 3am our time, 8pm Utah time). I made sure he was safe and comfy and we checked his photos (very impressed and sad not to be enjoying the beautiful ride with him) before heading to bed.

Well I left Evanston around 1030, and headed down 1-50 south, a scenic route, so I could get some good piccys. A lot of the pictures are somewhat misty due to wildfire smoke. There are four wildfires in Utah, and several more in surrounding states. On the TV Weather channel, they are saying it is the worst wildfire season in 100 yrs.

Anyway I only did 219 miles today, due to all the photos I took. 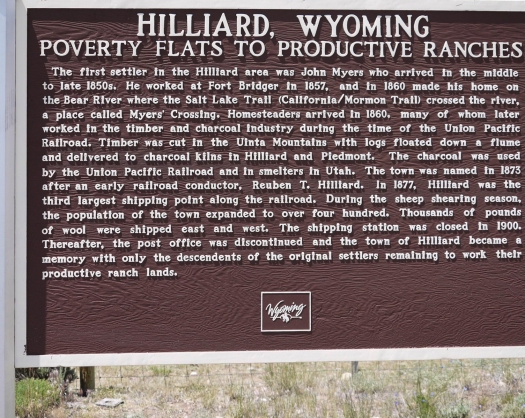 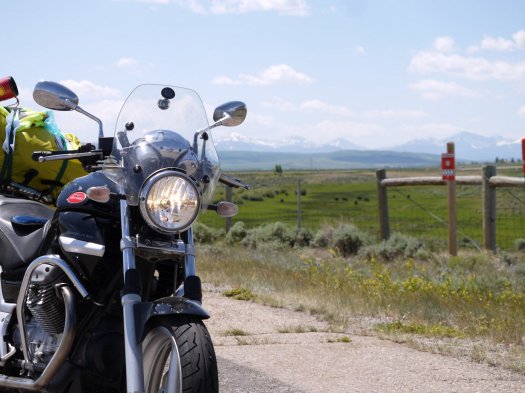 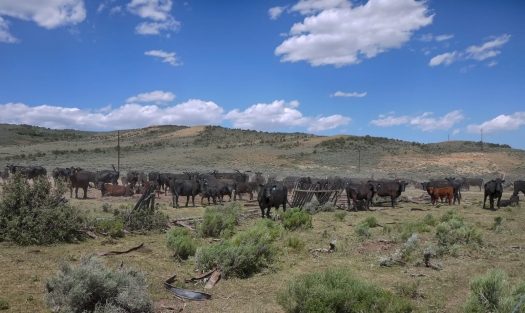 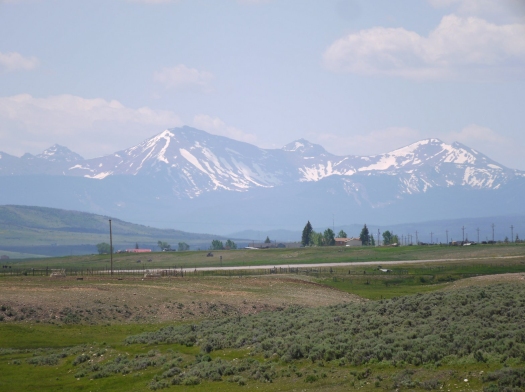 I got to Park City, and took the Guardsman Pass, over to East Big Cottonwood Canyon. Christine was dozing with Skype on, waiting for me to check in, unfortunately it turned into a long day for me. I didn’t get to a motel before about 20 30, gone 0300 in UK. I got the notebook on and sent the pics to Christine, once the last one arrived, she went to bed. 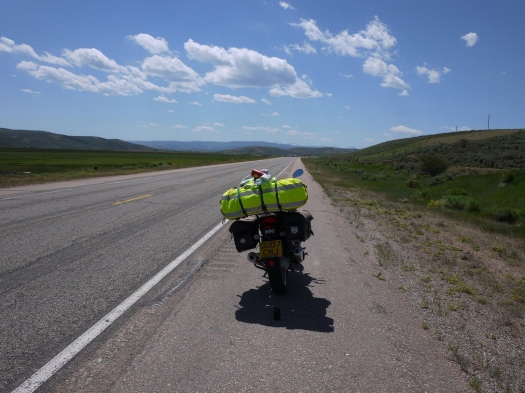 Having crossed Guardsman pass, I turned left on E Big Cottonwood Canyon and went up to the Brighton Ski Resort but is a dead-end that has a one way loop system (which I didn’t know about). Having stopped to take a piccy, I carried on when I suddenly realised I was back where I had stopped for coffee, on the way up? So I had to ask for directions. Ah well go back down to Guardsman Pass Road, then carry on past it.

It was so windy today, that when I shifted in the saddle, on Big Cottonwood, my Butt Buffer Gel pad blew off. Before I could stop, and get back to pick it up, it was run over, by at least one car, that I saw. So it probably got run over by at least 3 different vehicles, yet there was no damage anywhere!

My map was now well-worn, and was not very detailed, just where I needed it.So with 82 miles on the clock, I pulled into a petrol station, filled up and had a coffee.
As I was studying the map, a very helpful local chap asked where I was trying to get to. When I told him, he did frown a bit. Apparently the E Big Cottonwood Canyon ends at the outskirts of Salt Lake City, and getting to where I wanted to be, was a somewhat complex system of cross roads & roundabouts, right in the middle of the evening rush hour.

I was advised to head north, and get on I-215 westward then get on I-15 South.
Then get off at Nephi, where the country roads start again. 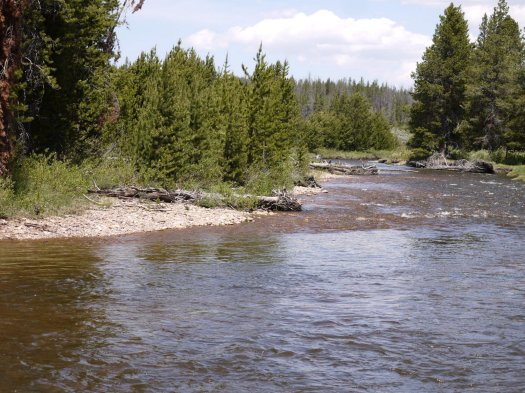 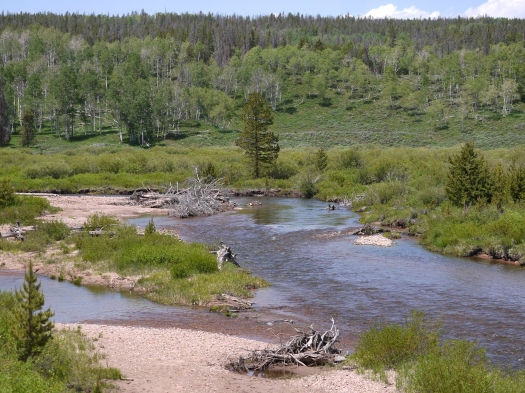 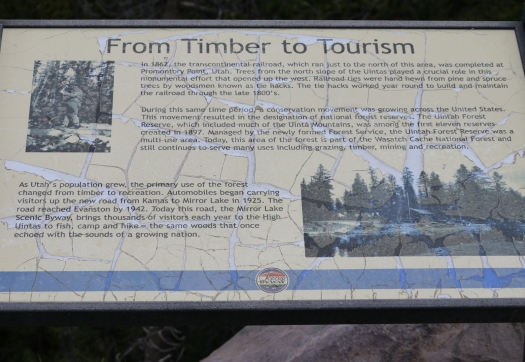 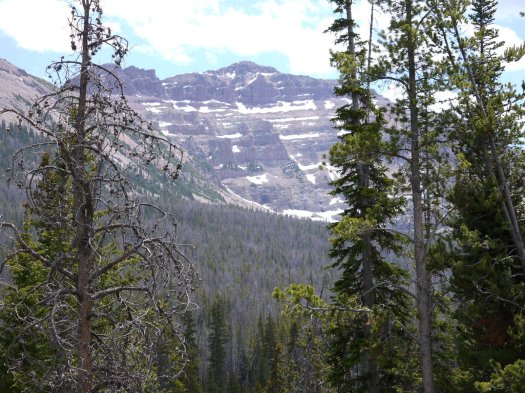 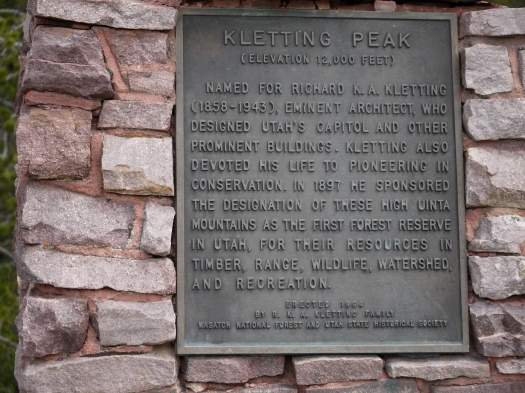 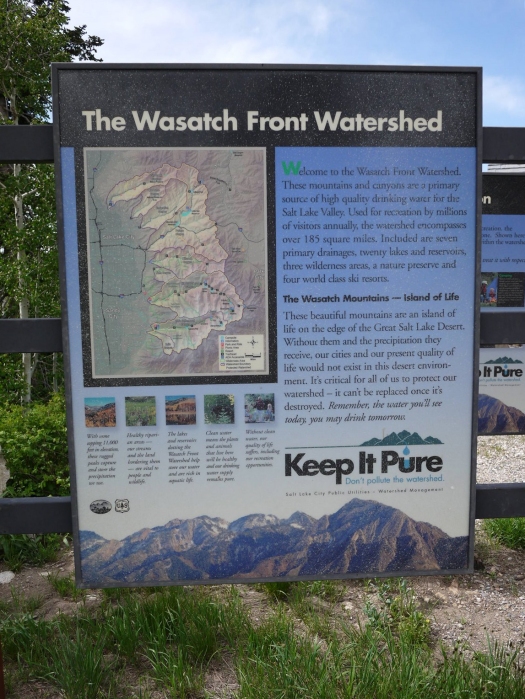 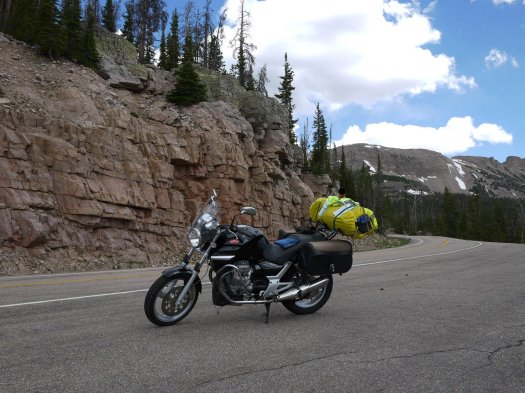 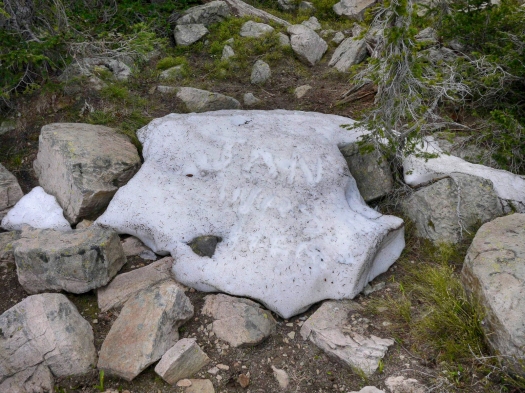 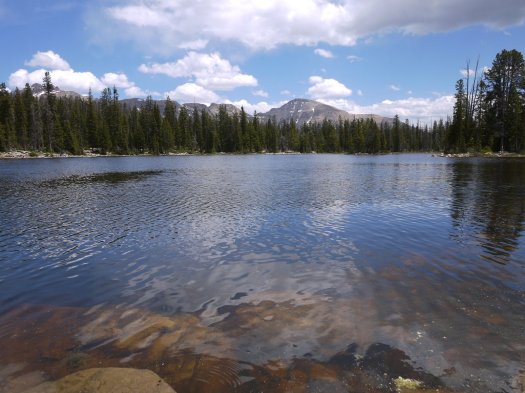 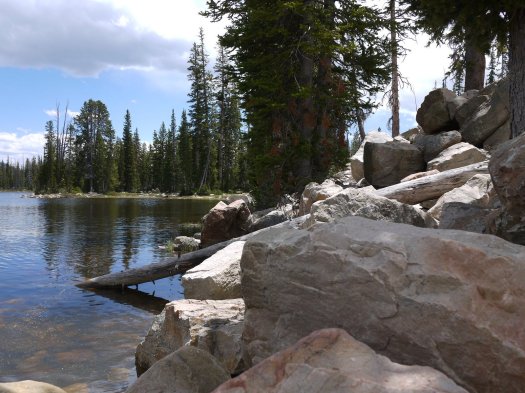 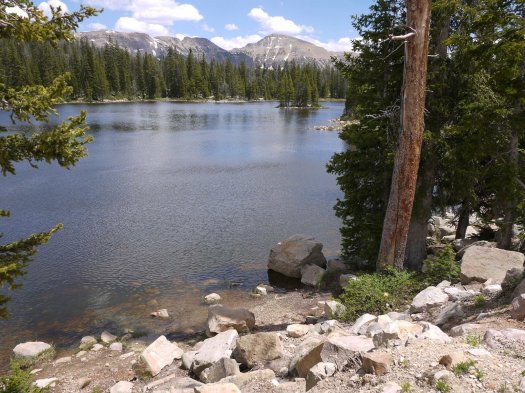 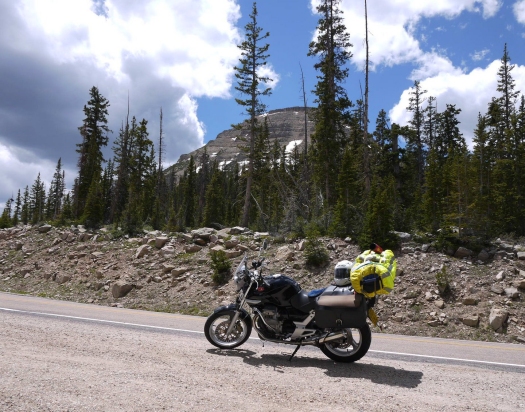 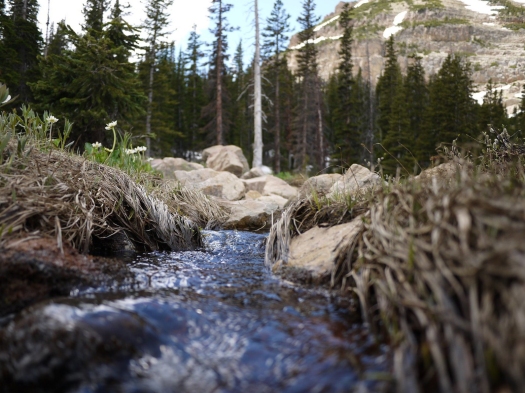 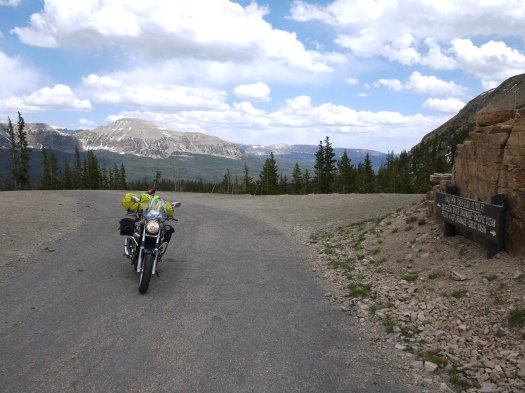 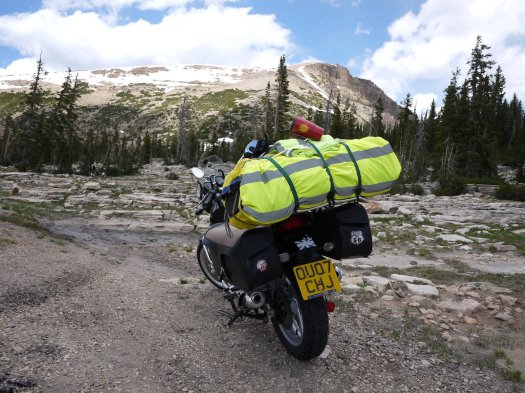 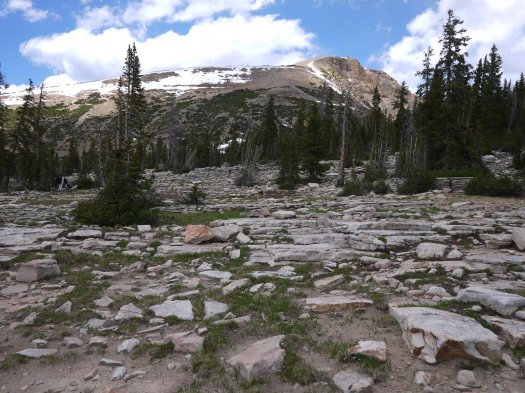 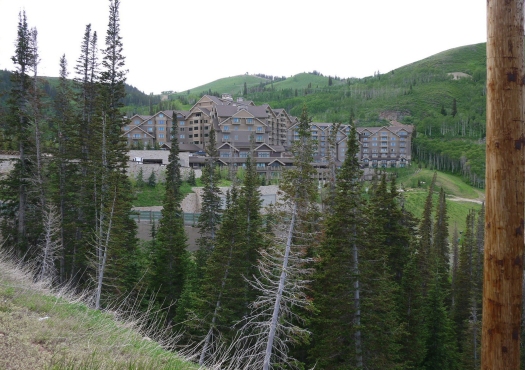 About the biggest ‘motel’ I have seen 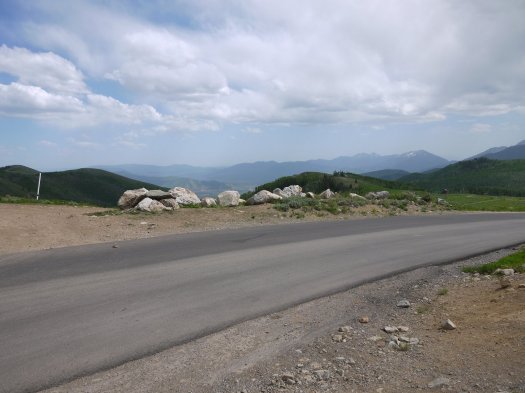 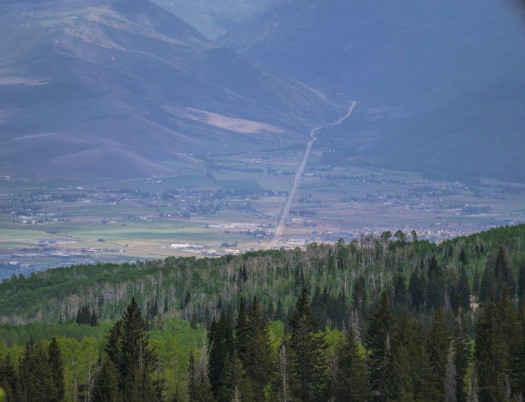 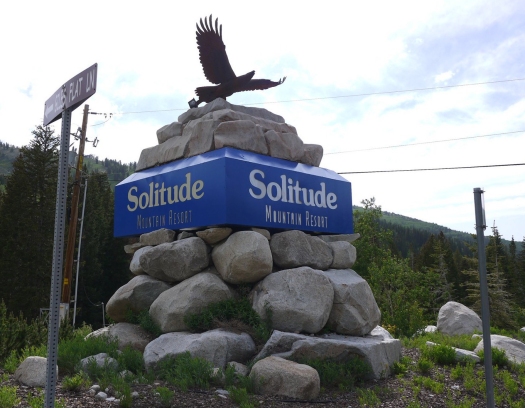 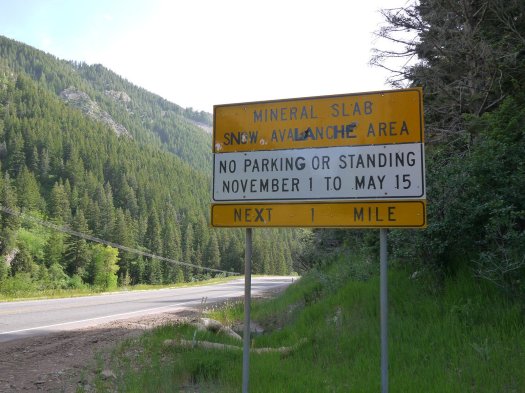 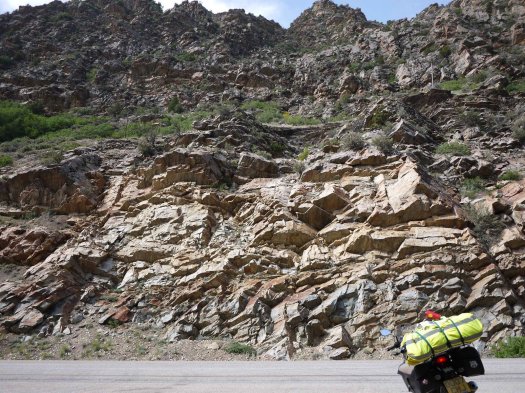 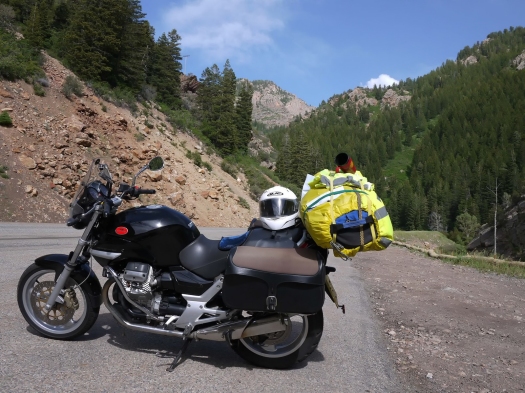 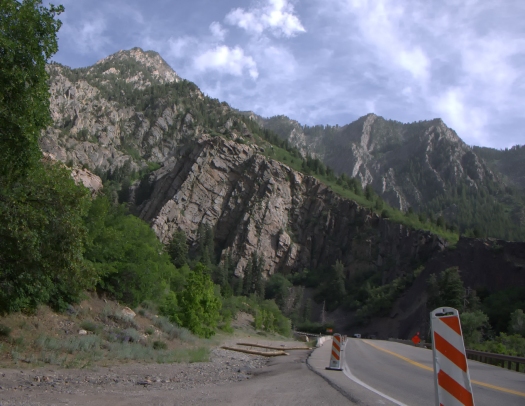 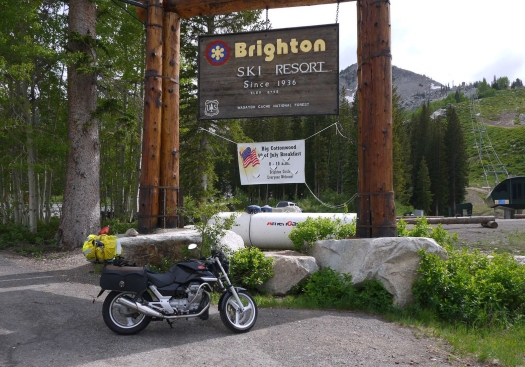 And here I am, It has just gone midnight in Utah and it has just gone 0700 in the UK.
Tomorrow I have to try & find a UV filter for the new lens, sometimes I am so stupid I amaze myself, why the hell did I not order one, when I ordered the lens ??? Duh.

Take Care Out There.