Today was the first day where I did not need to use the Helly thermal shirt as it was a nice warm, short ride of only 69.7 miles

I passed through a small town, where typically, the sheriff was sat in his car in the shade on Main St with radar units front & rear, just waiting for someone to go over the 40 mph.

I stopped along the way, trying for some good scenery, some of the color mixes are incredible, in the red and the white rock formations. There are some beautifully coloured seams of turquoise too; the geology is incredible. 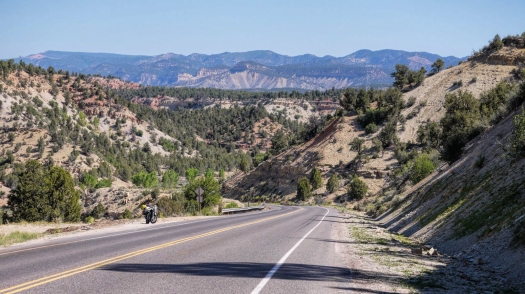 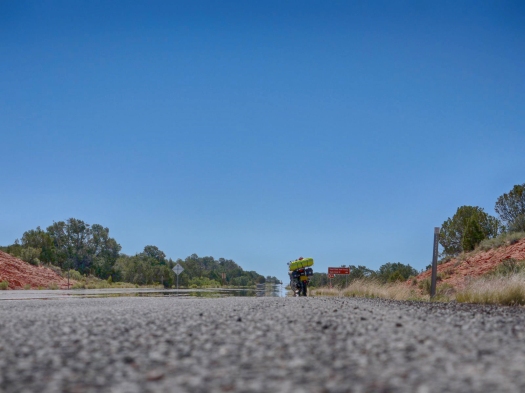 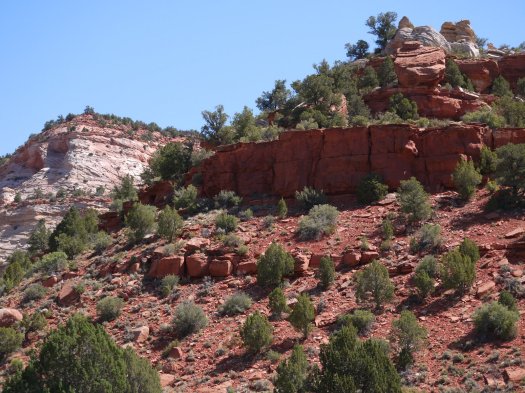 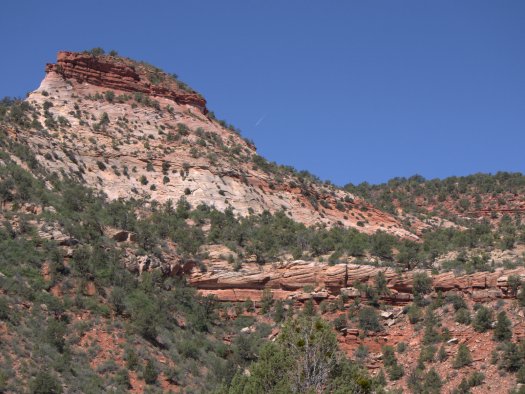 In no time at all, I arrived in Kanab.

This is a town that Christine and I have spent a lot of time in. Previous years, we always stayed with Wayne at The Sun and Sand Motel. Wayne was one of the funniest guys we’ve ever met. The motel was slightly shabby but the hospitality and friendliness was 5 star. 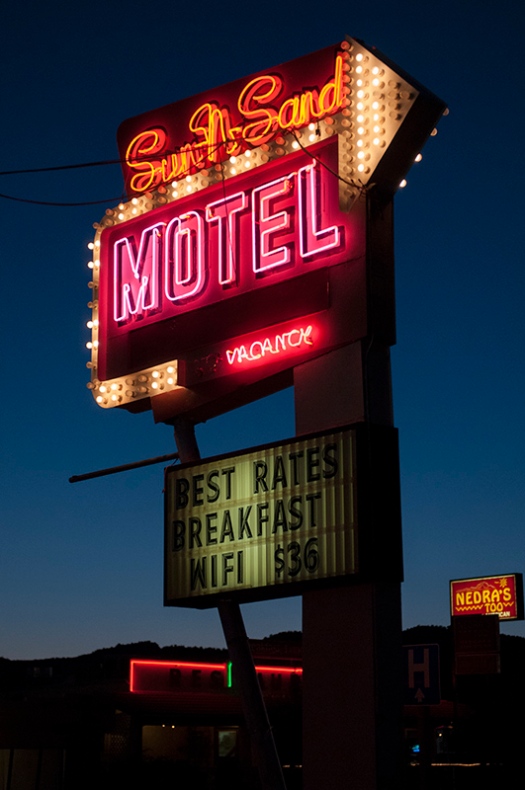 The first time we pulled in, we had serious doubts about staying; especially when, on entering our room, we were told by Wayne to ignore the dead cockroaches. He had just had some exterminators in to spray the place. Sure enough – there were a couple of big ones lying dead in the bathroom.

Once we got talking to Wayne, he explained he and Terri, his wife, had just taken over managing the motel after the owner had evicted the previous couple for using it as a crack/meth lab. Heroine addicts, they had sold almost all the furniture and all the TVs to finance their addiction.

Wayne made everyone welcome and gave a fantastic help-yourself breakfast. he would also hold impromptu bbqs on the large lawn. But he was not fond of Utah folk – he being Las Vegas born and bred. Whenever we arrived, he would pull a couple of ice-cold beers bought over the border in Arizona and say, ‘Here, have a real beer, not that UTAW piss (beer has to be below 3% alcohol in Utah)

(photos from an earlier trip) 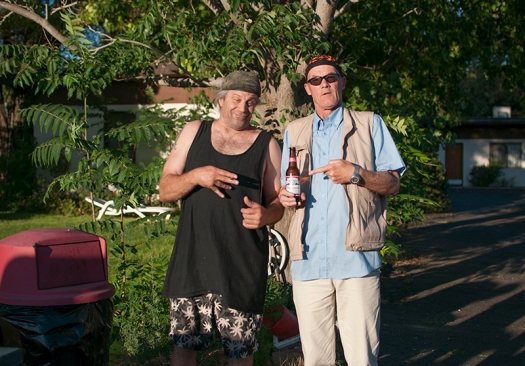 We stayed at the Sun and Sand for the following 5 trips and we grew very fond of Terri and Wayne. It was a big disappointment to discover the couple had moved on to another motel up at Green River on the border of Utah and Wyoming.

This time, I had to find a reasonably-priced alternative motel. Most were too expensive at over $80 a night – others were full. However, I did find a room in

Well, from midday on, you cannot sit outside your room as the sun is blazing down all the time, so I am inside with the curtains drawn. So if any socializing is going on, then it will be around now, 2059, with the sun behind the mountain. However I am not in the mood, there is a second hand book shop at the  corner where I bought 2 books; Luis Lamour westerns. 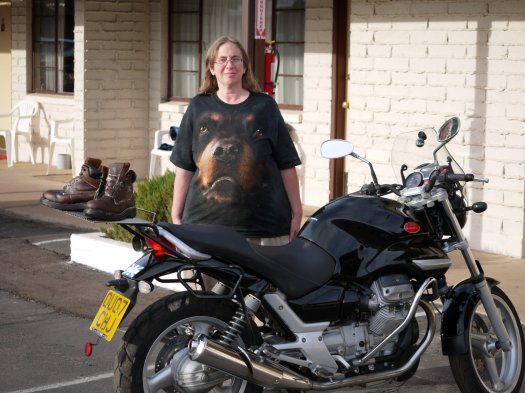 A real rest was very much on the cards and it was great to just lie around reading and not be planning routes. It was a good feeling knowing I wouldn’t be loading up for three days.

The next couple of days, I spent around the town taking photos and socialising. I got all my laundry done and caught up on emails and banking matters. 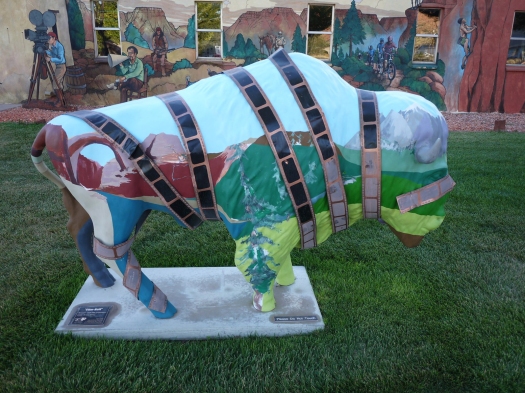 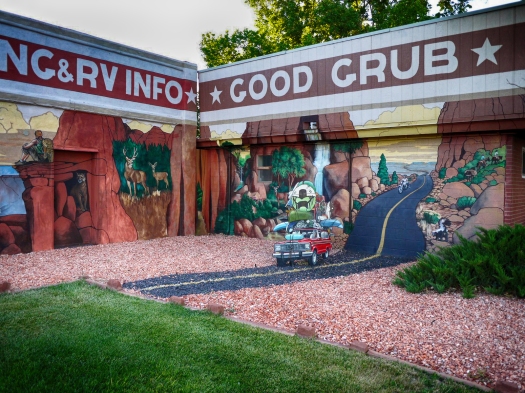 Kanab used to be known as ‘Little Hollywood’ as so many western movies were made in and around the town. So Main Street has lots and lots of these mementos; how many film stars do you remember? 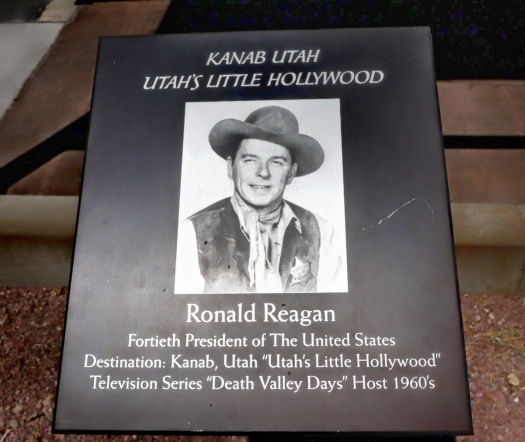 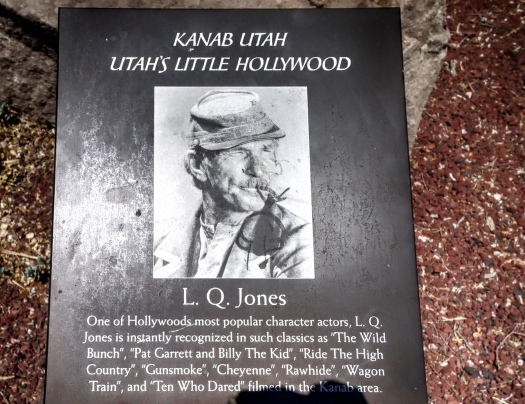 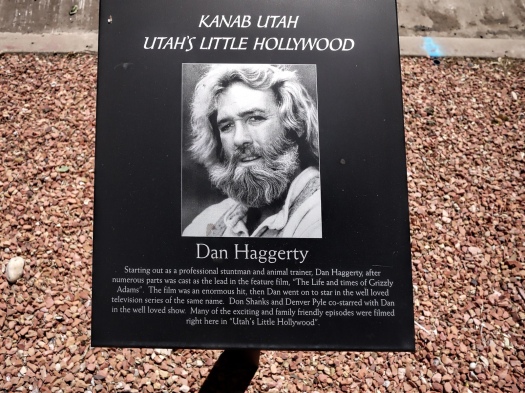 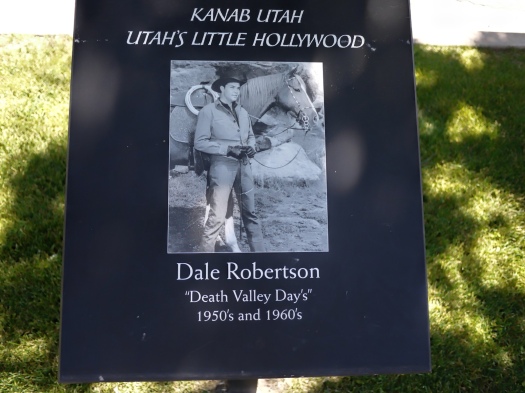 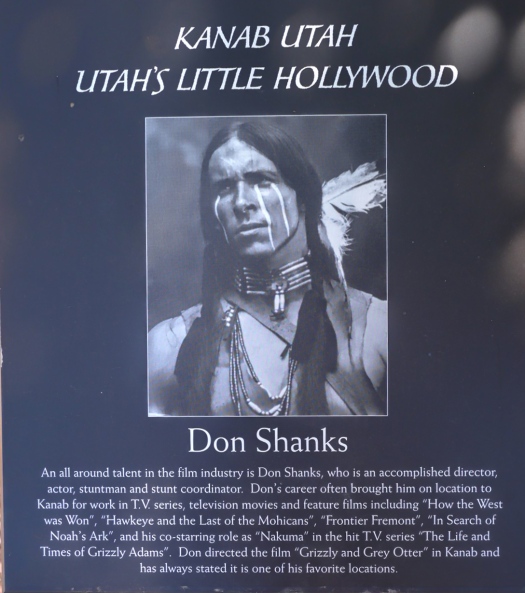 After burgers and beer meals for the past week or so, I decided to treat myself to a decent Surf and Turf meal in one of the restaurants, Denny’s Wigwam (which is an eclectic mixture of store, restaurant, bar and museum.

I had a little entertainment whilst eating too.

I am interested in geology so I wondered around taking photos of the fascinating rocks found around here – many of them are polished and used in homes.

You see some strange things out west 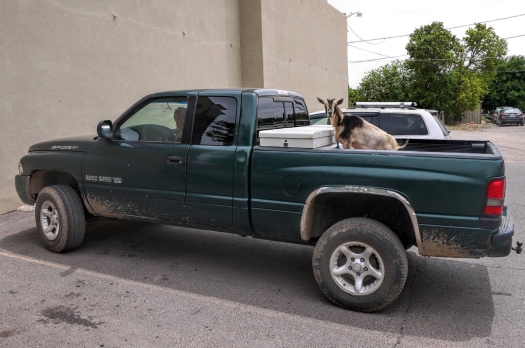 Artistic use of old saw blades

That’s it for now folk.