It has been nice to be still for a few days – and even better, my MacBook Air arrived yesterday. The updates on shipping had given 3rd of July to 9th July. And, knowing today is Independence Day and the weekend straight on the heels of that, I was concerned the laptop wouldn’t arrive until Monday – my final day in the motel. That would not have given me the time to get used to it – as I now am able to. Christine assures me that using a Mac is a much simpler process than using a PC but it still takes time to familiarise yourself with a completely different OS.

Just before the parcel was delivered, I was out checking the bike when a man came along and began a conversation about Moto Guzzis. The guy asked if I had met so & so? 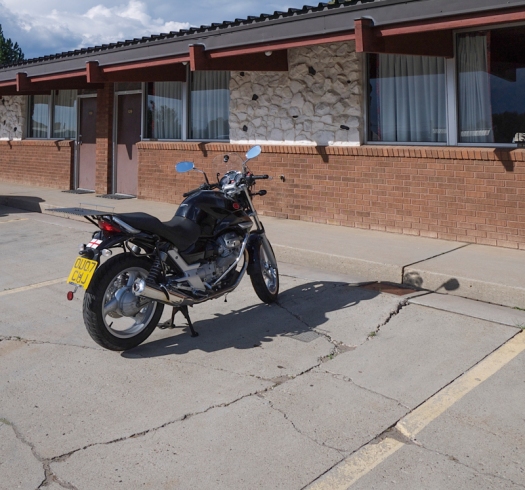 Apparently the chap I was talking to had a mate who had several older Guzzis in his garage right here in Evanston
He wanted me to go with him to meet this guy. The workshop was just down the road but the guy was away on a ride.
So, instead, my new friend introduced himself to me ‘ Mr Bruce Burton of the Roundhouse Restoration Inc’ and he took me to see the old Rail Works that the railroad gave to the town some years back. The area is being turned into a park, and the old buildings are being refurbished. It is not complete yet, but the old  turntable has been put back in running order.
If they succeed in getting the rear workshops to look as good as  the front, then it really will be an impressive achievement. 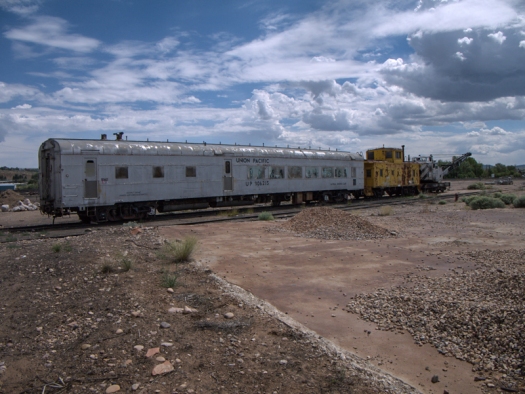 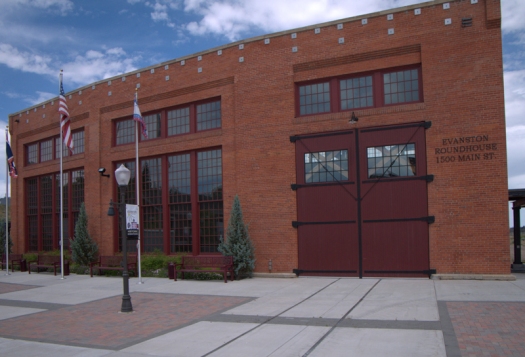 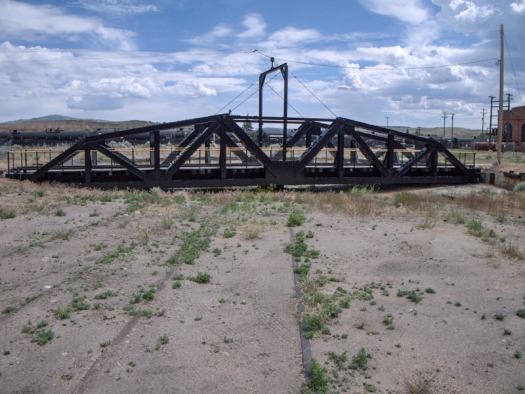 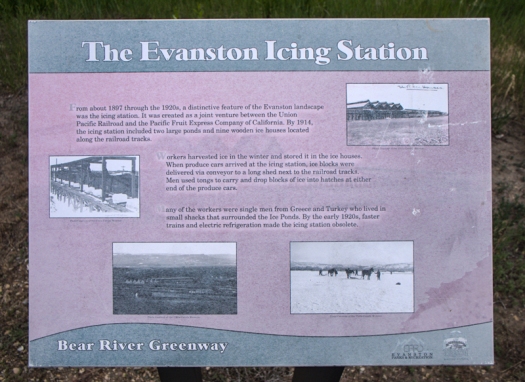 Now then – here’s a test of your powers of observation. What sort of tree is this? I’ll give you the answer tomorrow….. 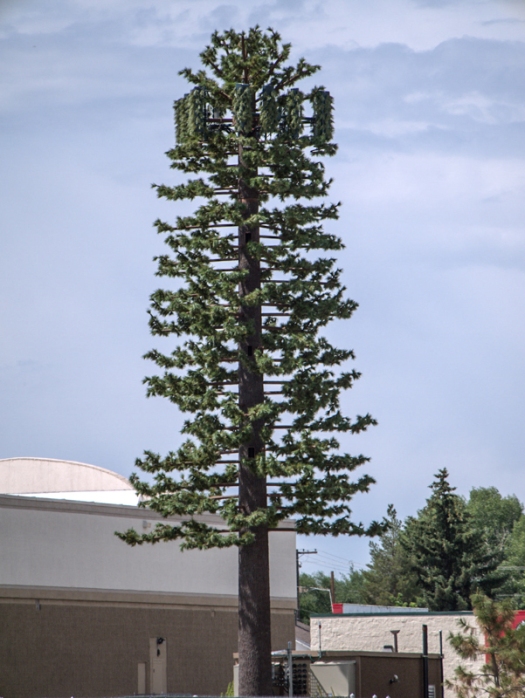 I saw the Jamaican Bobsleigh team car too – I guess the Jamaicans are based here for the snow in winter – due to a possible lack of the white stuff back home.

Other than that, there was a promise of thunderstorms this afternoon, but so far, nothing has happened but the sky does seem a little threatening 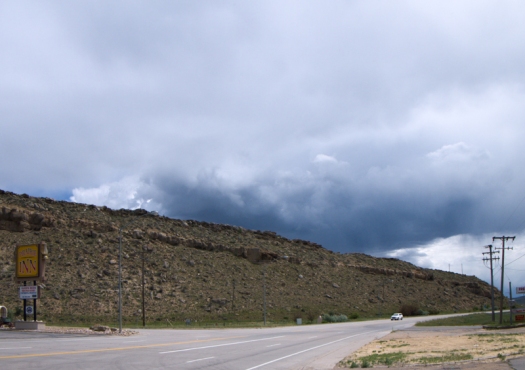 As you will be reading this on July 4th, I thought I would say, “Happy Independence Day’ to my American friends.

The beer might have gone to Jan’s head as he e-mailed me a photo with the words ‘ I miss you’. Aww, he is a sweetie