We are shocked and saddened to hear of the sudden and totally unexpected death of another friend and fellow Guzzi adventurer, Rod Yeomans from near Brisbane, Australia. Rod was aged 57 and collapsed at work.

We have chatted with Rod – or as he is known on the Squadra Guzzista site, Morizzi – since we first joined the site in 2007.

In 2010, Rod decided to tour the USA at the same time as us and we arranged to meet up and spend a week together, riding our bikes around southern Utah.

Rod had flown to the USA and bought a Guzzi there and he had already traveled a few thousand miles before we met up in Torrey, UT.

Here are some photos from that time, along with the text and messages from the Squadra forum at the time.

We met after breakfast, filled up with fuel and set off to Kanab riding the wonderful scenery of Grand Staircase Escalante (HW 98A) 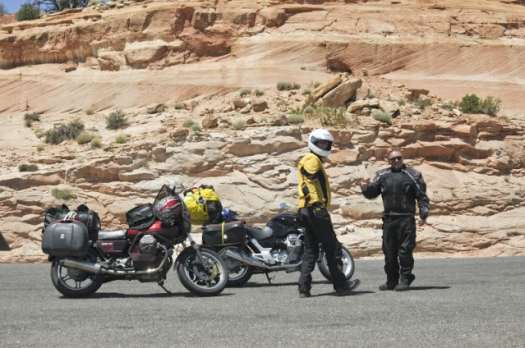 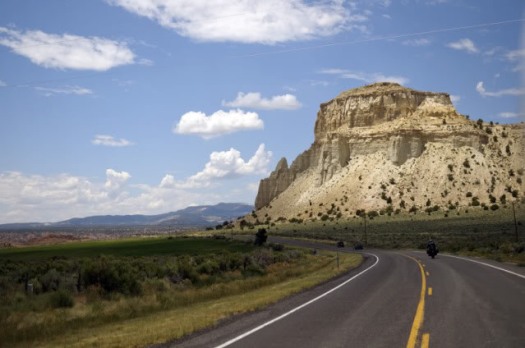 It was around 294 miles to our destination, Kanab, Utah. We pulled in at the Sun n Sands Motel at around 4pm.

The following day, Rod’s wife, Dell, arrived from Australia via Las Vegas and a rental car.

We had a few days together – and Jan got to ride Rod’s bike, Spud

All the best with the photo shoots.

We got to Las Vegas OK but it was a hot ride, 110 F and road works on I 15 brought traffic to a crawl/stop.

We went for a walk down the strip and checked out a few casinos. Ceasar´s Palace, Treasure Island and Mirage to name a few.

More reports to come on the wiki.

Rod actually shipped the Guzzi he had bought for the trip back home to Australia.

We had been recently chatting with Rod about us flying out to Oz and he said he would lend us one of his Guzzis to tour the country.

We spoke to Dell this morning. She told us Rod was in the best of health so this is a dreadful shock; she says she is imagining he is on another one of his tours riding his Guzzi somewhere on another continent; I’m sure he is, Dell.

Rod’s funeral will be held tomorrow. Deepest condolences to Dell and all of the family at this sad time.