We checked into the motel, unloaded the bike and got out of our riding gear.

We knew there was nowhere to buy wine in town and being the weekend and a holiday, the first place we headed to was the next town – Bickland, 8 miles away which has a State Liquor outlet 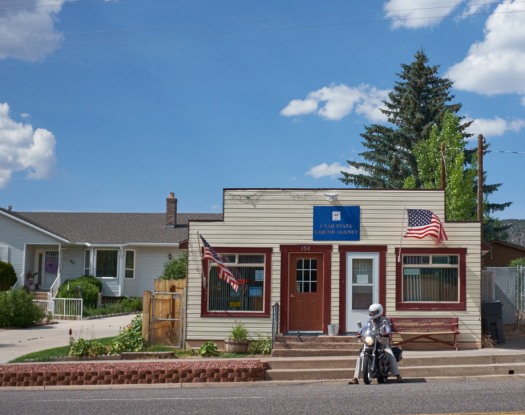 Back at the motel, two lovely ladies had checked into the room next to us; they were sisters from northern Utah and their parents were Danish – so they were delighted to meet Jan and proudly showed him their vehicle registration plate

Jan said, ‘Let’s go eat’. He had been looking forward to a steak in The Saddlery restaurant right opposite the motel. On my last visit to Torrey, in 2011, this had not existed. The place was huge and very well designed and a real cowboy atmosphere – even saddles for seats. 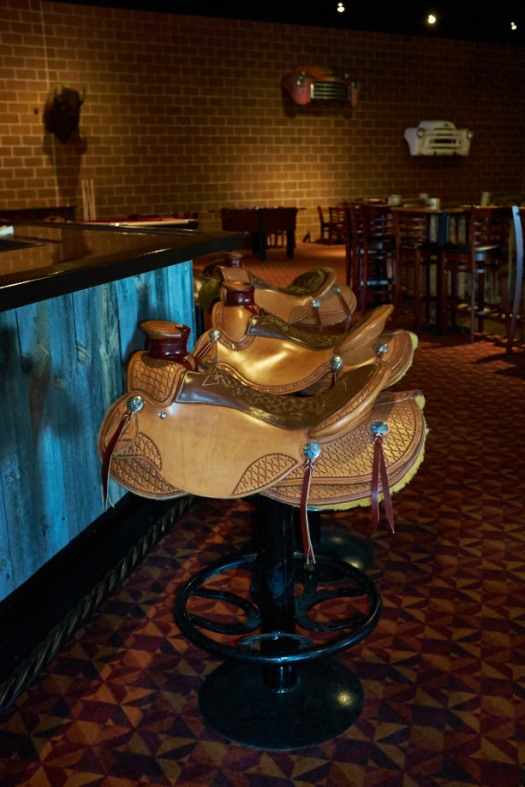 We ordered a drink and a meal and then I took off to take photos. There was a really nice outdoor seating area with a horse for company.

and a great view of Boulder Mountain 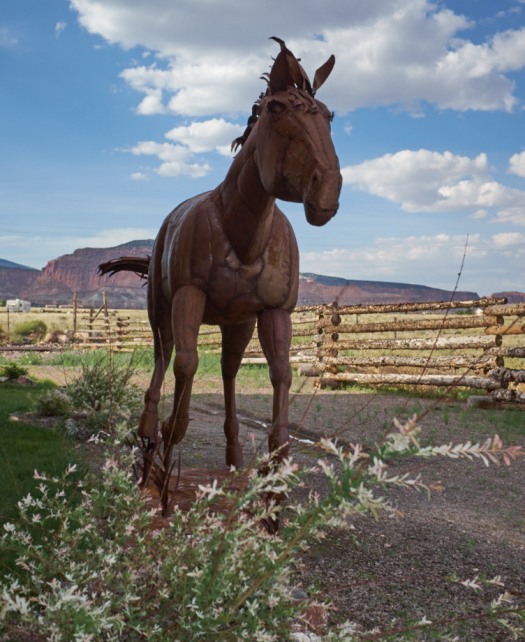 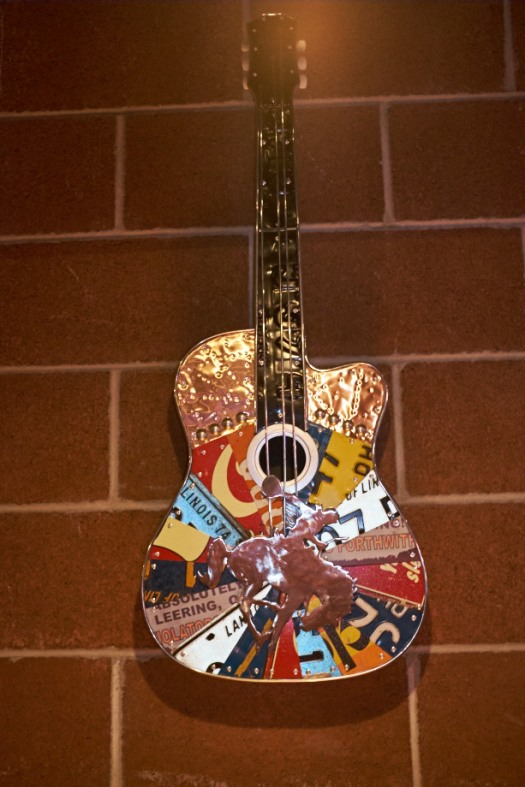 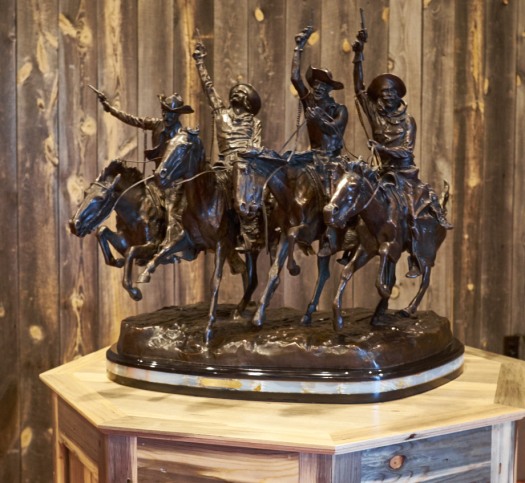 Jan called to say the food had arrived; he was having a 16oz bison rib-eye with creamed spinach and chipotle coleslaw 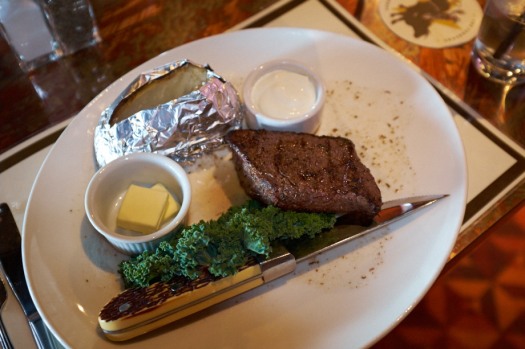 My goodness – those big knives really weren’t needed; the meat was soooo tender and tasty and it came from nearby bison and free-range cattle farms. 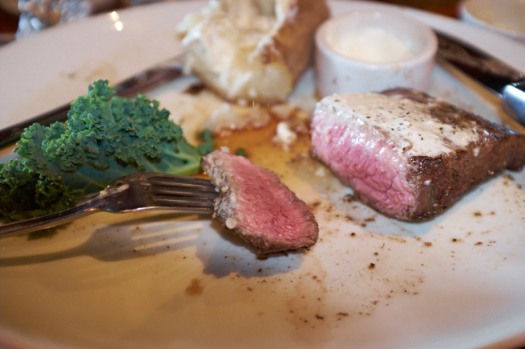 It was a scrummy meal; I don’t eat that much meat but I was as avid a carnivore as any cowboy when I tasted that steak!

The evening wasn’t over; there would be music and dancing in an hour. We went home to have a rest and returned at 9pm. No, we didn’t dance but I did enjoy watching others dancing! This was early on in the evening so there aren’t many couples dancing on the video.

Jan and I only had one drink and then returned to the motel. We sat outside our room and watched the car park fill up with lots of cowboys and wives – and the dancing went on until quite late. 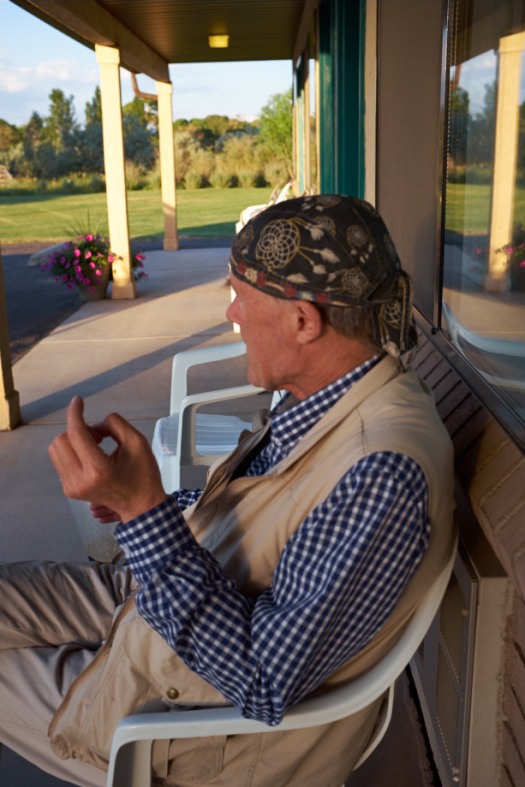 We noticed a lovely orange moon rising and tried our best to capture it – after a couple of glasses of wine, I was not very successful; well, the moon really was orange-coloured and I am 99.9% sure it wasn’t cabernet-coloured!

The truck belongs to the motel owner’s husband – he has tanks of water on his trailer and he delivers fish to hatcheries.

Independence Day of the United States, also referred to as Fourth of July, is a federal holiday commemorating the adoption of the Declaration of Independence on July 4, 1776, by the Continental Congress declaring that the thirteen American colonies regarded themselves as a new nation, the United States of America, and no longer part of the British Empire.

I always remember being on the boat and at anchor in Trinidad (West Indies) on one July 4th. Every morning there would be a group boaties VHF radio transmission – things lost, for sale, news etc. On this particular morning, an American came on the radio and said,’Happy Independence Day to my fellow American citizens; for you Brits out here that aren’t sure what Independence Day celebrates – well it was getting rid of you Brits’

A quick-witted reply in a very plummy English accent came from another boat, “Ah, yes, we Brits celebrate July the fourth too; we call it ‘Thanksgiving’.”

It was a nice morning but the forecast predicted rain later. Jan and I made our way into town in time for the 10am parade.

Main Street was blocked to traffic by the Sheriff 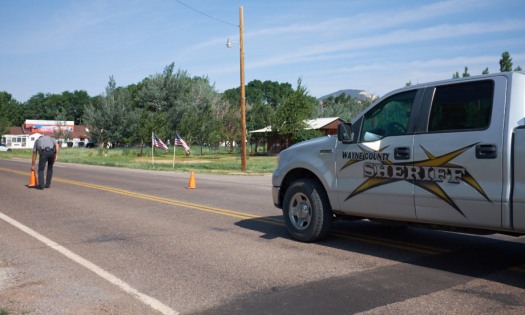 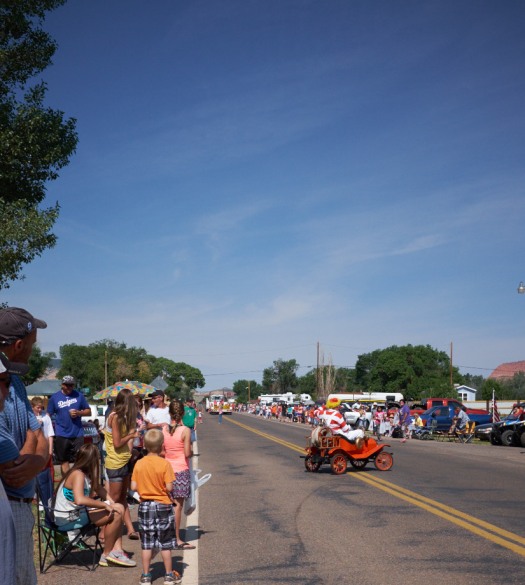 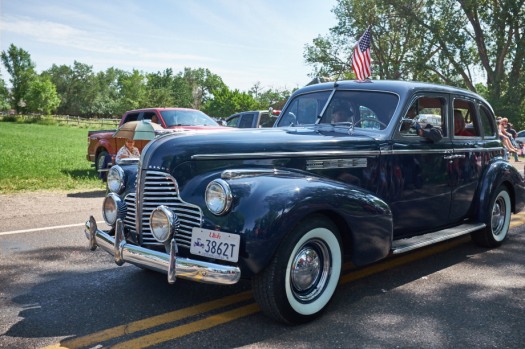 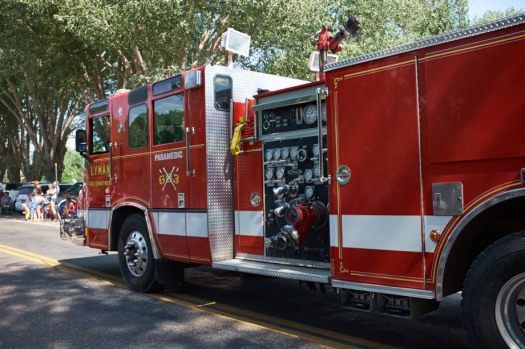 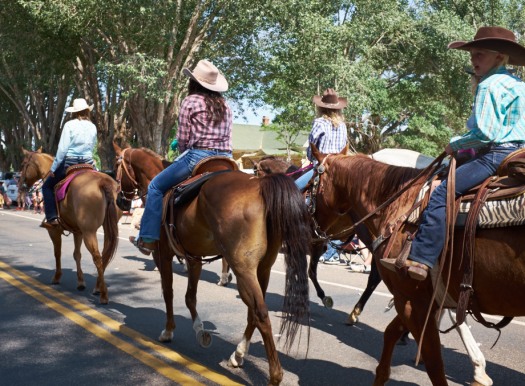 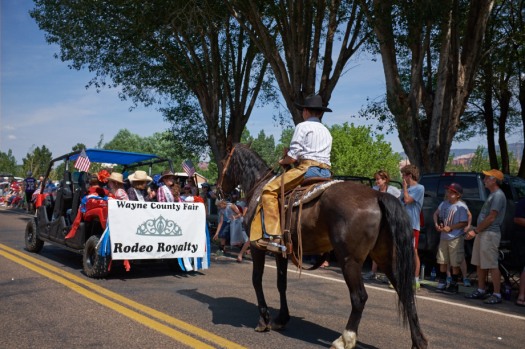 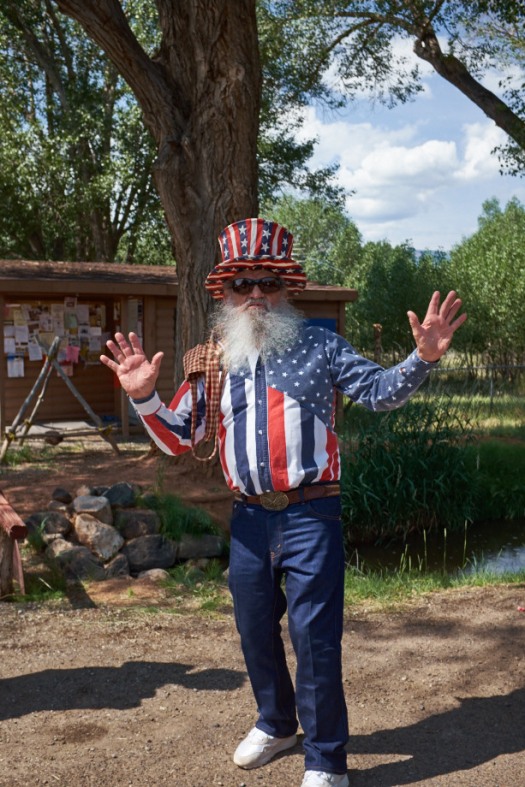 Once the parade was finished, we made our way to the Farmers Market – lots of stalls selling crafts, rocks, food and lots of games for the kids.

By now we were hungry so went back to the cafe/bookshop, Robbers Roost. The owner was making pizzas from scratch – and so nice (and light) we had two. 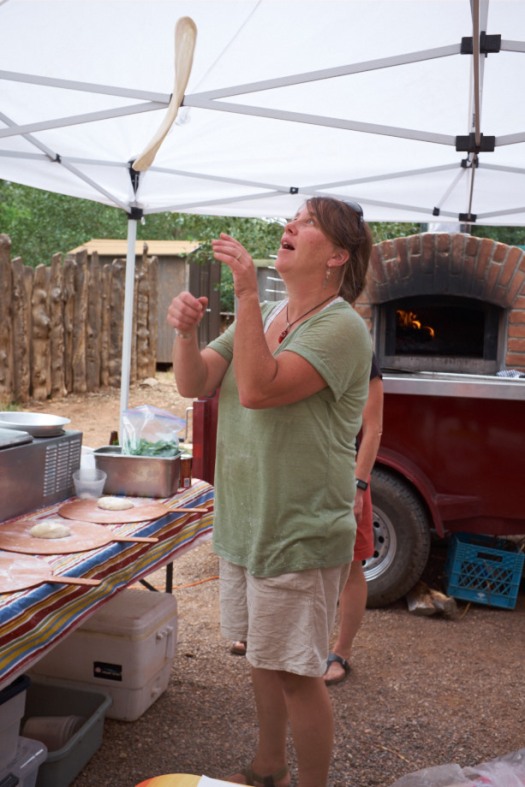 First we ordered a Greek pizza

and it was so nice, Jan went back and ordered a meat pizza.

In between, he entertained the owner’s dog 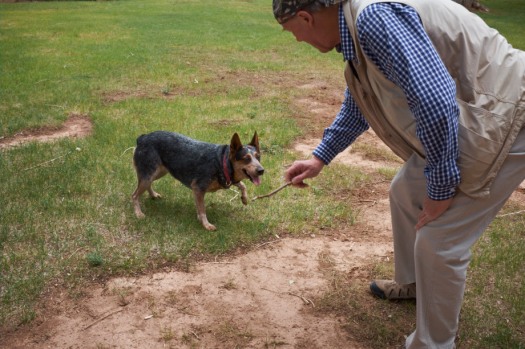 Once again, there was live music; I particularly liked the young man who wrote his own songs about the area – songs about Butch Cassidy and other cowboys.

The fun would go on all evening but we went back again -just in time to miss the downpour. 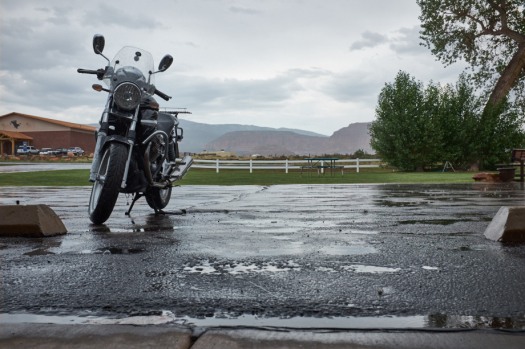 It didn’t last long though, soon the sun came out to give a pleasant end to the day.