The land upon which Boulder City was founded was a harsh, desert environment. Its sole reason for existence was the need to house workers contracted to build the Hoover Dam on the Colorado River (known commonly as Boulder Dam from 1933 to 1947, when it was officially renamed Hoover Dam by a joint resolution of Congress). Men hoping for work on the dam project had begun settling along the river in tents soon after the precise site for the dam had been chosen by the Bureau of Reclamation in 1930. Their ramshackle edifices were collectively known as “Ragtown”.

The city was carefully planned as a model community, with Dutch-born urban architect Saco Rienk de Boer contracted to plan it. DeBoer had been a planner for Denver, Colorado, and was to design many towns and suburbs around the Rocky Mountain region. Because the Hoover Dam project itself represented a focus for optimism for a country suffering from the effects of the Great Depression, the town itself was to be an additional manifestation of this optimism. There was to be an emphasis on a clean-living environment for dam workers. The generous allowance for public space and copious amounts of landscaping earned it the moniker “Nevada’s Garden City”.

The town was designed to house approximately 5,000 workers. The status of the workers on the Hoover Dam was reflected in their house sizes and locations. The most important employees had their residences on top of the hill nearer the apex. Managers were housed further down the hill, and dwellings for manual laborers were located furthest away from the public buildings and parks.

From entering the town we both really fell in love with it. The town feels safe, it is clean and well spaced out; gardens are beautiful and there is everything you need in a town. 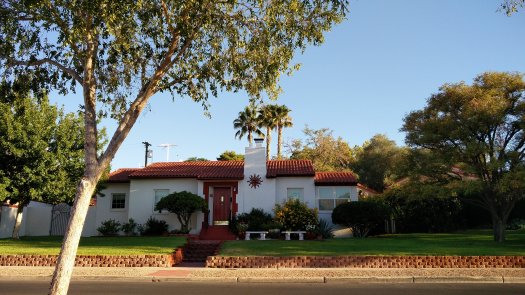 But first, back to our historic hotel. Yesterday’s room was really quite cramped and poky. Today, Sunday, we were moving to a larger one. What a difference! Still not huge, but a lot better than the first one.

The hotel itself has a quiet dignity without making guests, who are dressed in dusty bike gear, feel out-of-place. When we were checking in, I had asked if there was an elevator as we had bike gear to carry upstairs. THe receptionist misunderstood and thought I meant we wanted to take the bike upstairs; she was composed but confused and actually seemed to be considering how it could be done. 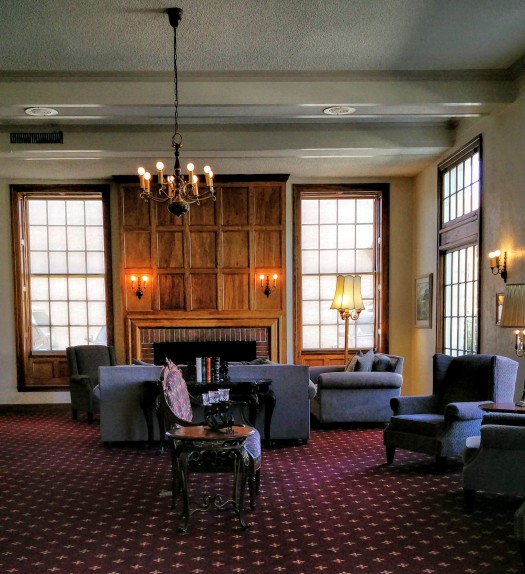 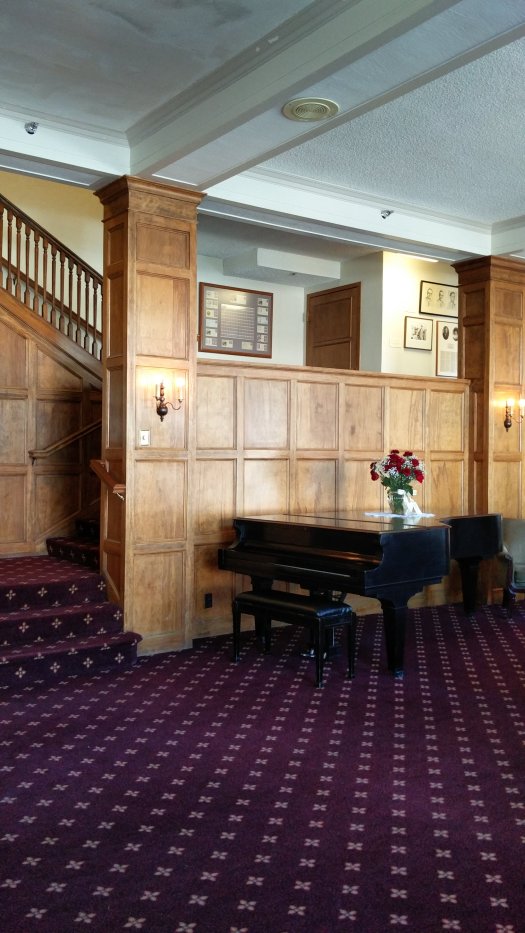 Breakfast was included in the room rate so we were down very early – 0600. Eggs and bacon. The tables in the dining room had genuine old photos and notices placed under glass. I loved this touch and received some strange looks as I wondered around the empty tables taking photos of photos. 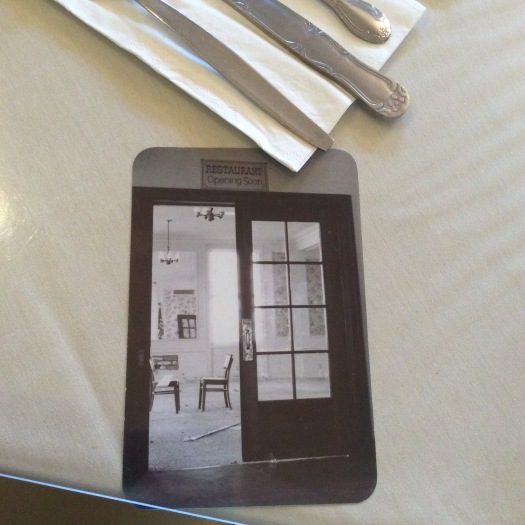 Fed and watered, I went off for a walk with my camera, before it got too hot. Some photos from around town. There’s a nice mix of modern and old and the warm ochre coloured adobe buildings reflect the colours of the desert rocks. 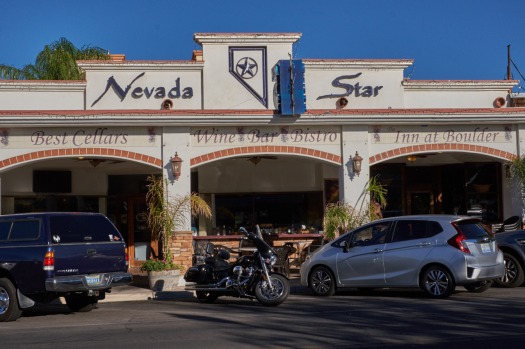 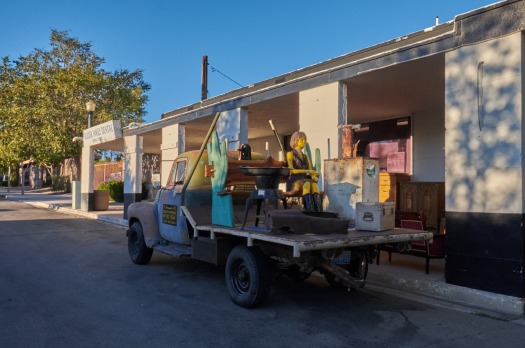 By 0730 I had walked around most of the town; it was nice and quiet Sunday morning but town was not empty. The cafes were open, even an Ace Hardware store was open.

From the top of town, there’s  a lovely view over the newer part of the city, the mountains and Lake Mead. 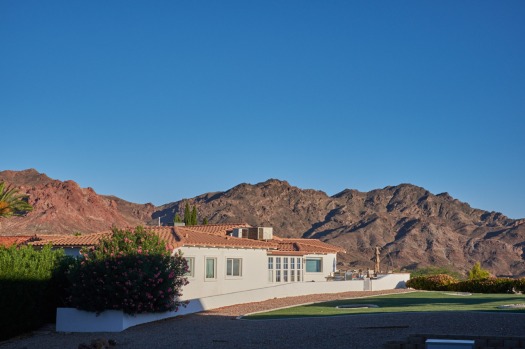 As mentioned, yesterday, most motels were sold out for Saturday night because a bike meet was to be held on Sunday morning. Sure enough, a lot of Harley’s arrived and leather and tattoo-clad riders filled up the cafes and bars. I would guess, maybe 100+ bikes arrived in town; all gleaming and immaculately maintained.

But another, less shiny bike turned up too. And without all the growling, deep exhausts and show. But, to my eyes, it was far more beautiful. It looked all business; set up to take its owner around the world. No excuses for my preference in this beauty as opposed to all the spit, polish and machismo.

Check out his travels here – and please follow him on social media. http://www.lovinglivingadventuring.com/ 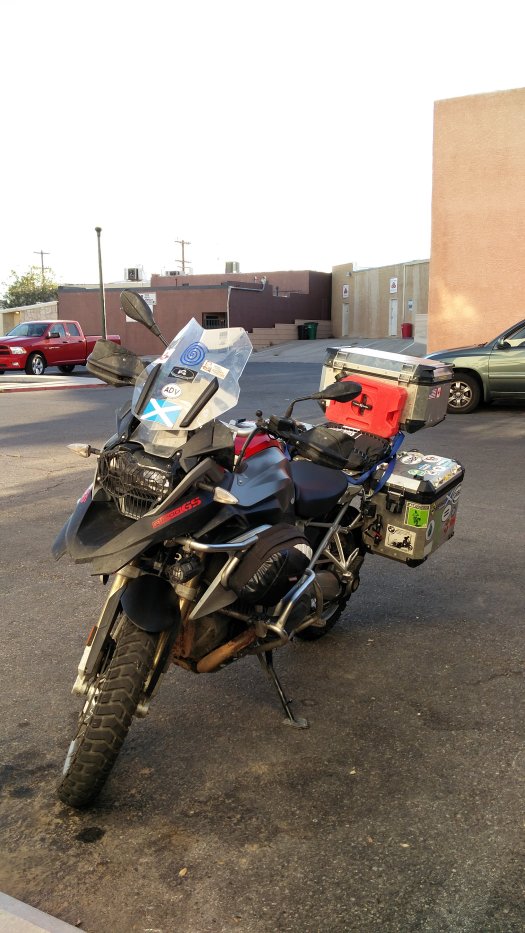 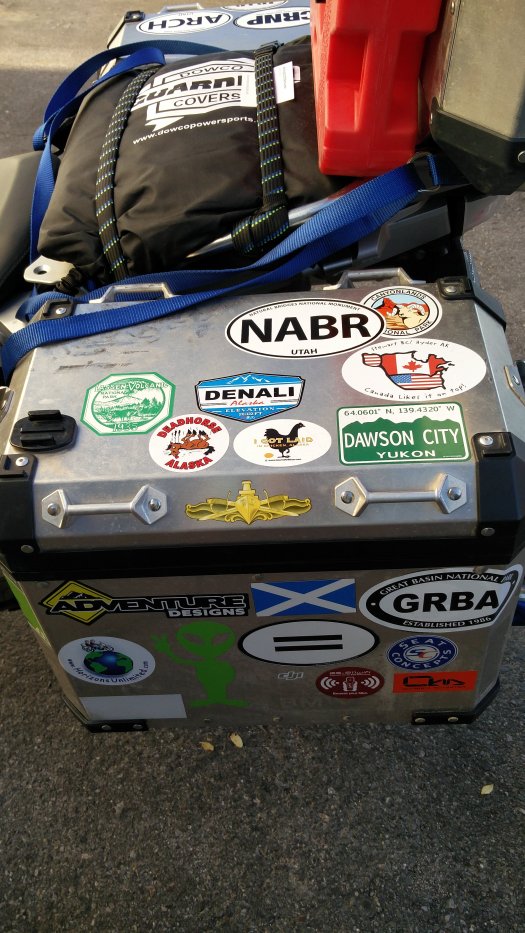 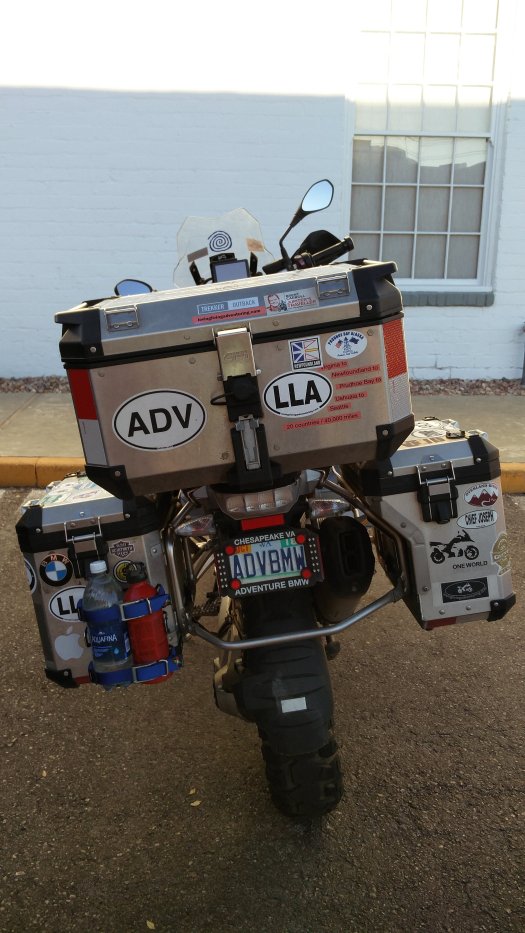 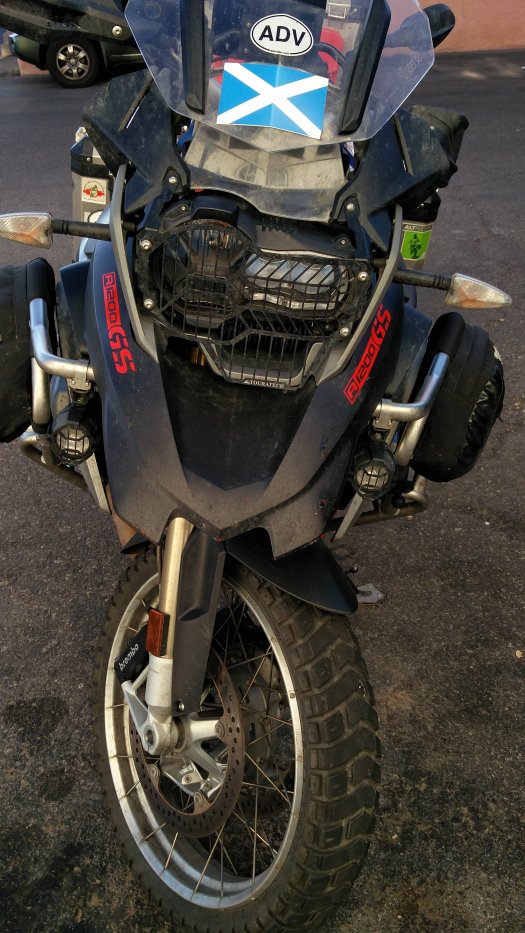 The whole day passed in a gentle fugue of nostalgia. We had a delicious meal at Milo’s wine bar

We sat we sat and plabpnned a route through Death Valley. We had originally planned to head there from Boulder City but I really wanted to spend a couple days there and concentrate on some decent photography and include sunrise and sunsets, so we finally agreed, that would be my birthday present – I’ll spend my 64th birthday in Death Valley – that sounds a little ominous 😉

Next, we walked to the other end of town where there was an Albertson’s grocery store that sold wine and beer. 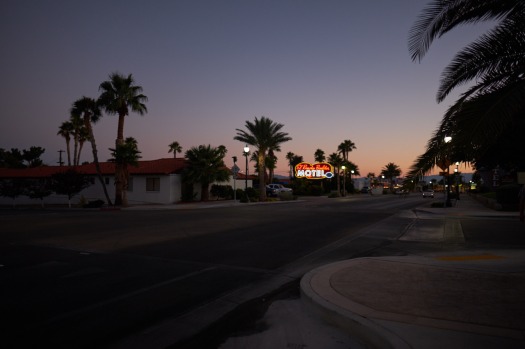 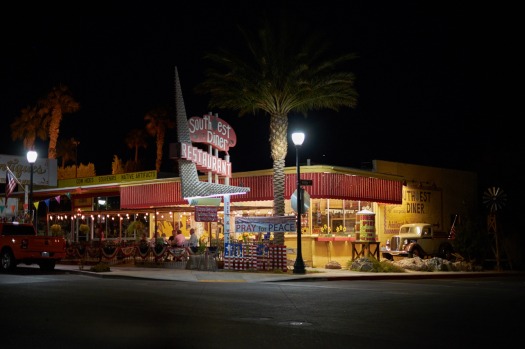 The evening ended sitting on the stoop of the hotel, listening to a live musician from the bar just across the street. What a peaceful interlude. I could live here.