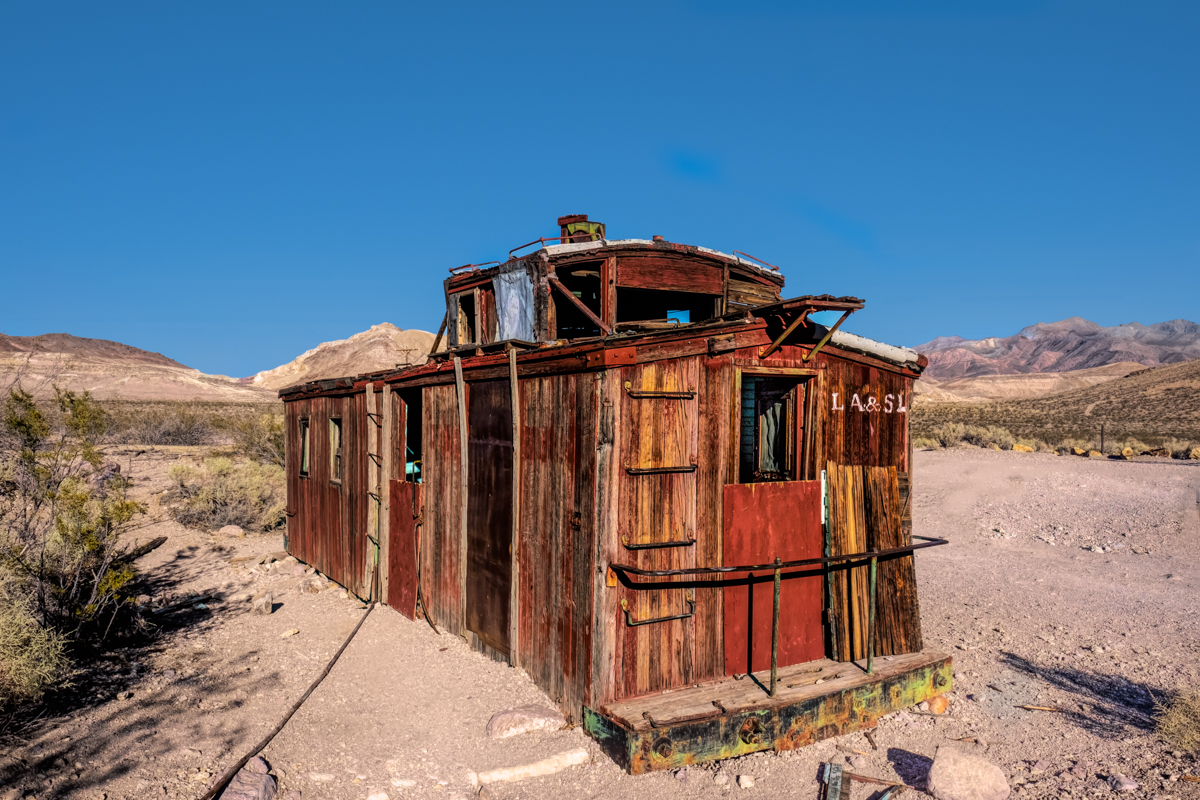 One more place to mention from the 2016 trip: Rhyolite – a real ghost town.

Rhyolite is a ghost town in Nye County, in the U.S. state of Nevada. It is in the Bullfrog Hills, about 120 miles (190 km) northwest of Las Vegas, near the eastern edge of Death Valley. The town began in early 1905 as one of several mining camps that sprang up after a prospecting discovery in the surrounding hills. During an ensuing gold rush, thousands of gold-seekers, developers, miners and service providers flocked to the Bullfrog Mining District. Many settled in Rhyolite, which lay in a sheltered desert basin near the region’s biggest producer, the Montgomery Shoshone Mine.

Industrialist Charles M. Schwab bought the Montgomery Shoshone Mine in 1906 and invested heavily in infrastructure, including piped water, electric lines and railroad transportation, that served the town as well as the mine. By 1907, Rhyolite had electric lights, water mains, telephones, newspapers, a hospital, a school, an opera house, and a stock exchange. Published estimates of the town’s peak population vary widely, but scholarly sources generally place it in a range between 3,500 and 5,000 in 1907–08.

Rhyolite declined almost as rapidly as it rose. After the richest ore was exhausted, production fell. The 1906 San Francisco earthquake and the financial panic of 1907 made it more difficult to raise development capital. In 1908, investors in the Montgomery Shoshone Mine, concerned that it was overvalued, ordered an independent study. When the study’s findings proved unfavorable, the company’s stock value crashed, further restricting funding. By the end of 1910, the mine was operating at a loss, and it closed in 1911. By this time, many out-of-work miners had moved elsewhere, and Rhyolite’s population dropped well below 1,000. By 1920, it was close to zero.

After 1920, Rhyolite and its ruins became a tourist attraction and a setting for motion pictures. Most of its buildings crumbled, were salvaged for building materials, or were moved to nearby Beatty or other towns, although the railway depot and a house made chiefly of empty bottles were repaired and preserved. From 1988 to 1998, three companies operated a profitable open-pit mine at the base of Ladd Mountain, about 1 mile (1.6 km) south of Rhyolite. 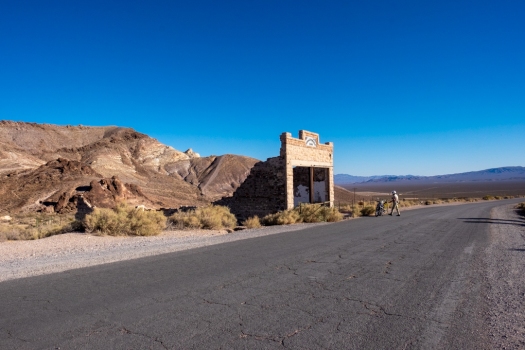 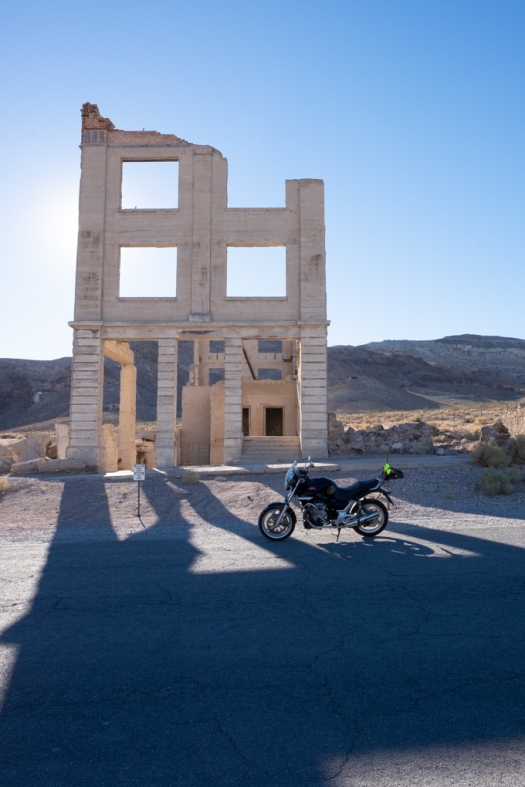 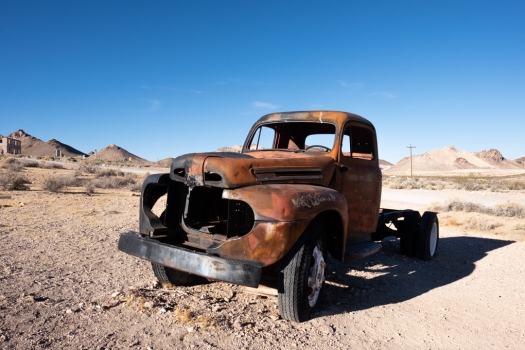 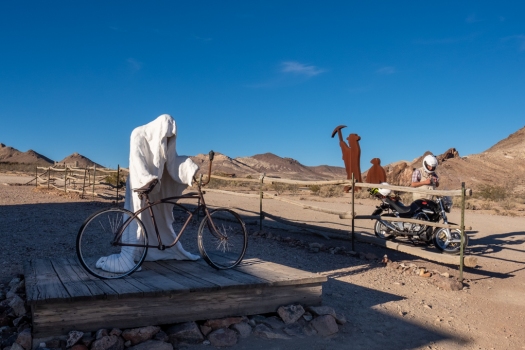