Before setting off for At George, we decided to change the air filter on the bike; we’d brought one with us from the UK. What a fiddly job that is. It took a couple of hours due to the panels that have to be removed having screws impossibly inaccessible places where you need to have a screw driver sized robotic arms or be Twizzle!

Mesquite to St George is not a long ride on Interstate 15, but a very scenic one.

The Virgin River Gorge is a stunning and colorful mountain desert setting. The gorge mimics, on a smaller scale, the colorful layers of the Grand Canyon; it is actually part of that. 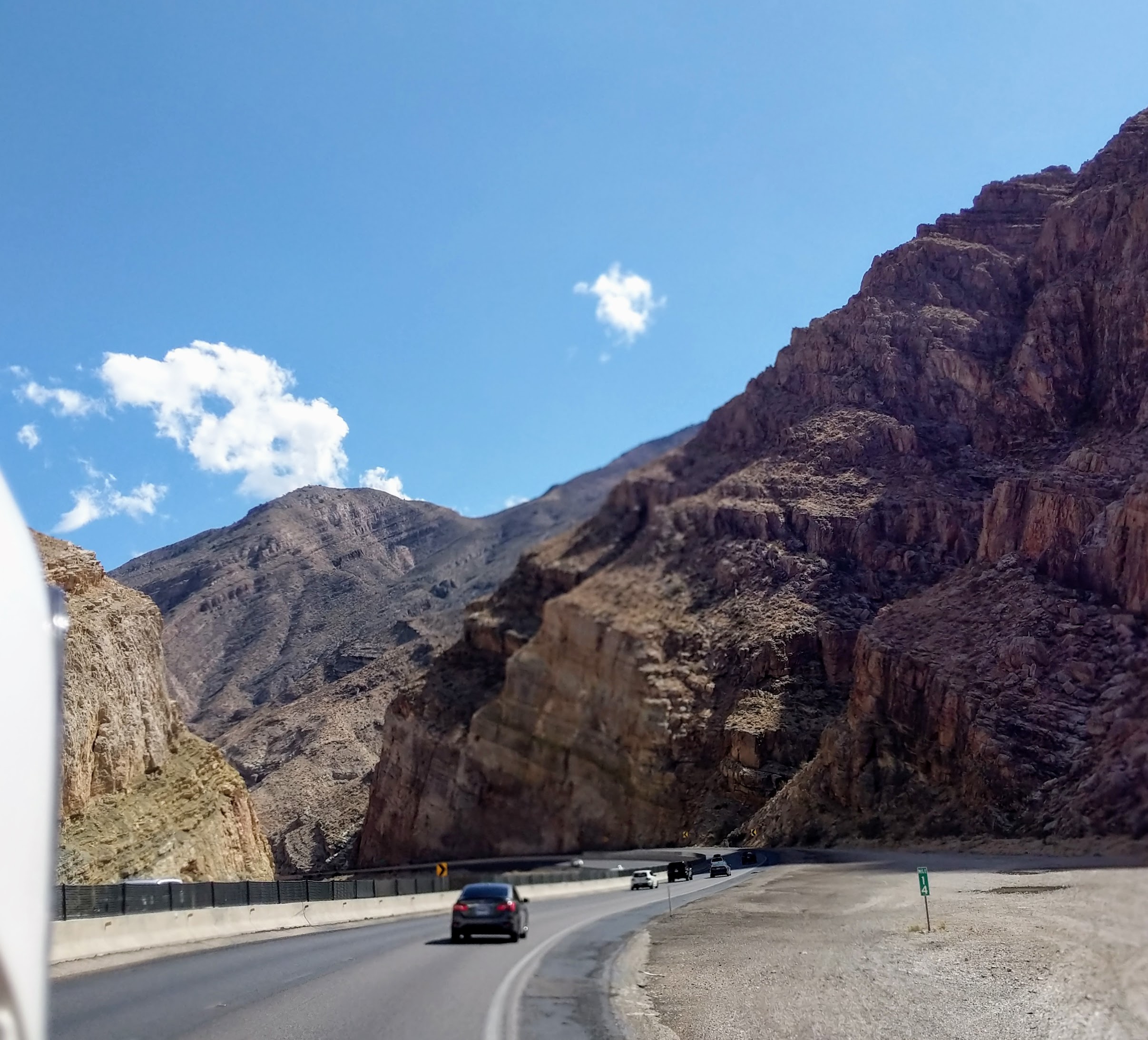 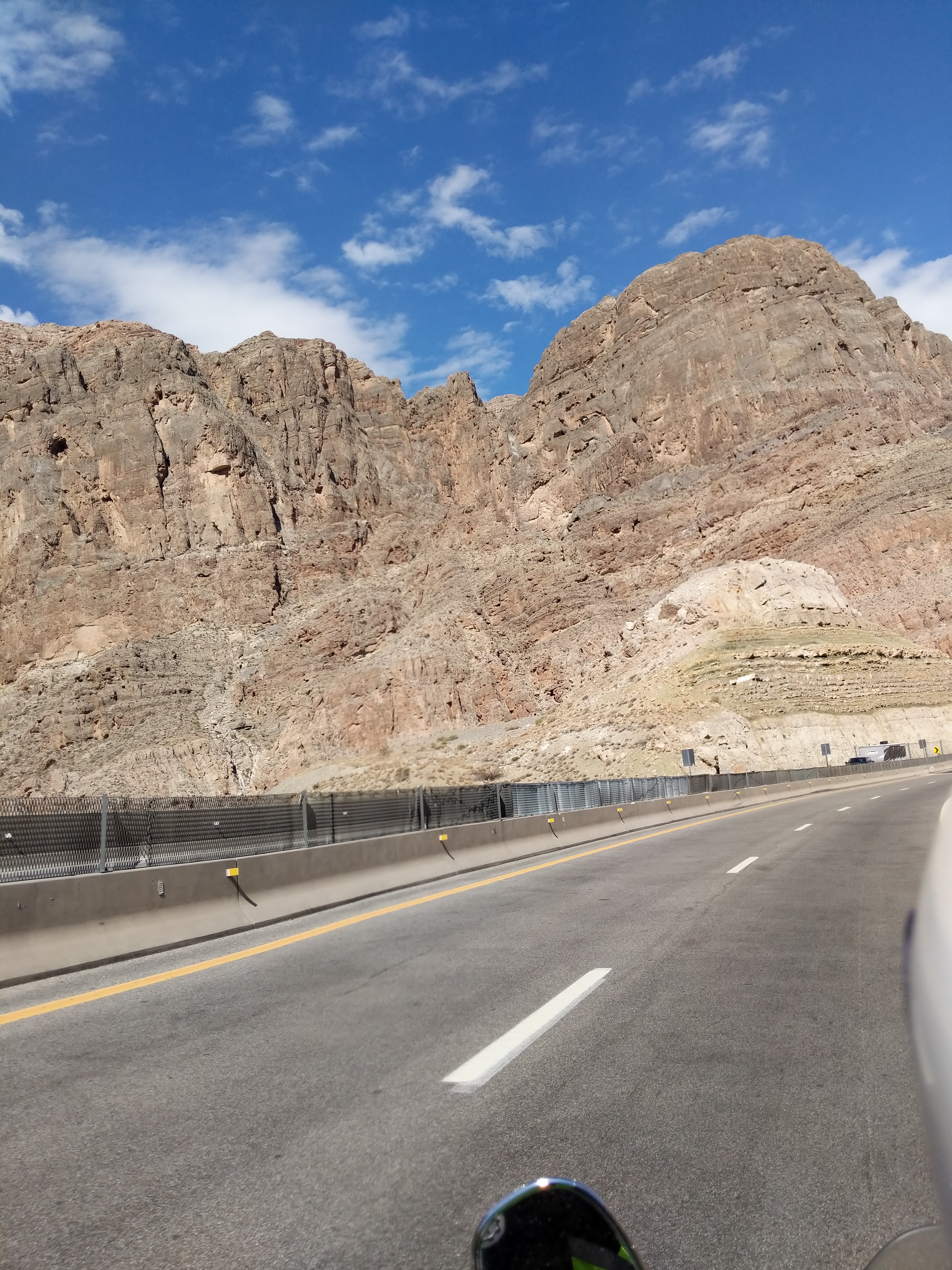 We did, however, pull in to Virgin River Gorge Recreation Area.

The winds were 30mph so it was a very blustery ride and Jan took the brunt of it poor thing.

At least it was a short ride and soon we were checkout in to The Chalet motel.

Once unpacked, we headed downtown where there’s some lovely artwork but the photos below are from the following day – in daylight. 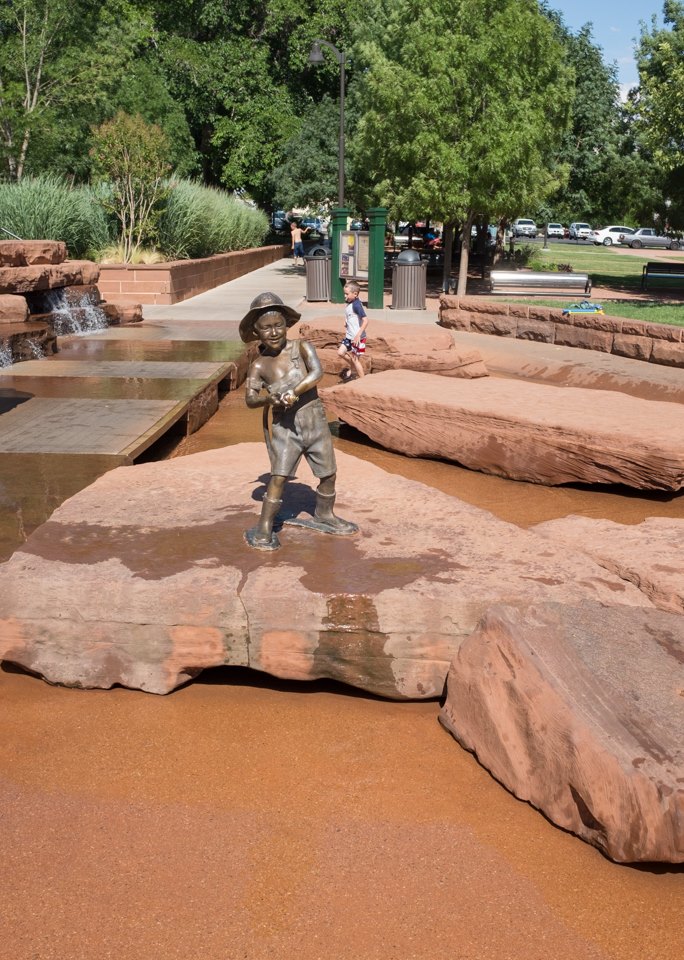 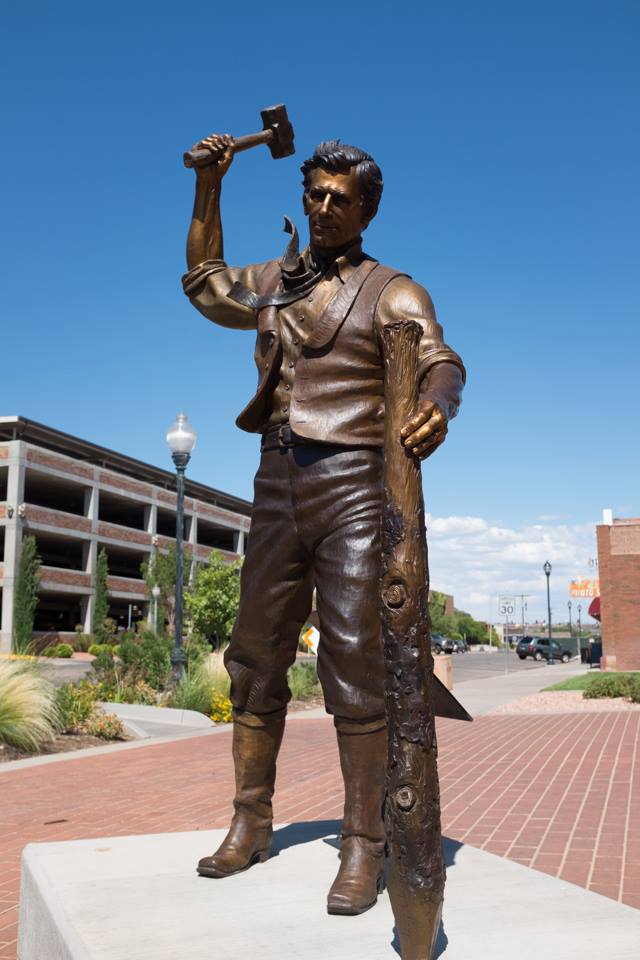 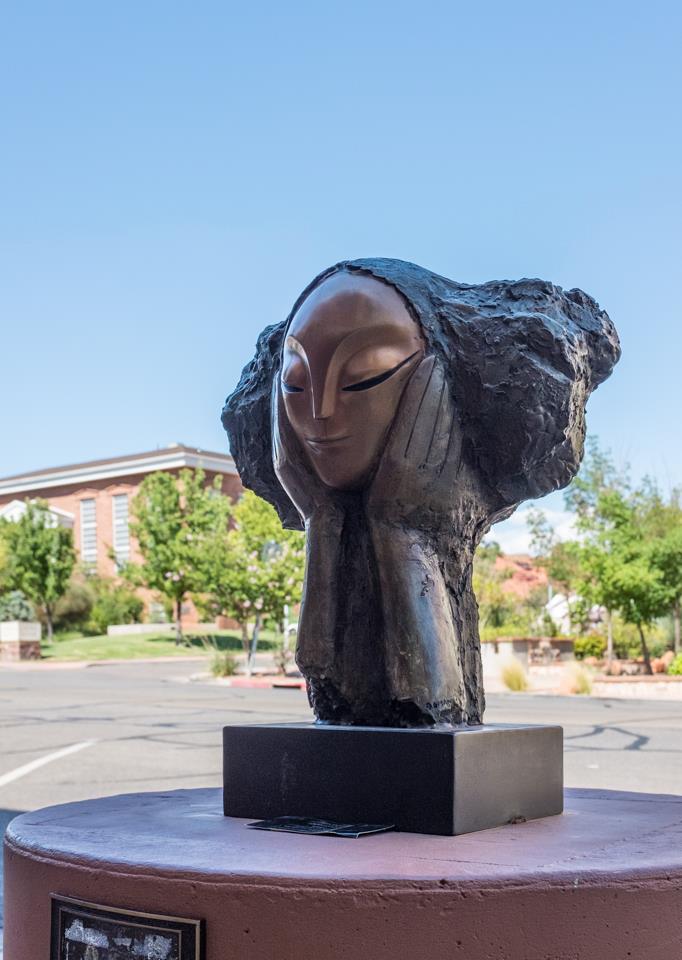