If a player hits all six numbers to win the jackpot, they can opt for an immediate cash payment of $904 million or receive the $1.6 billion prize over 29 years.

We were in Nevada where you can’t buy lottery tickets – which is very surprising considering the stat is a slot machine and casino mecca.

And we were heading to St George in Utah – again the lottery is not available there – less surprising as it is a very strict Mormon beliefs.

But on Interstate 15, the Virgin River Gorge passes through a little corner of Arizona – where the lottery is, indeed, legal. 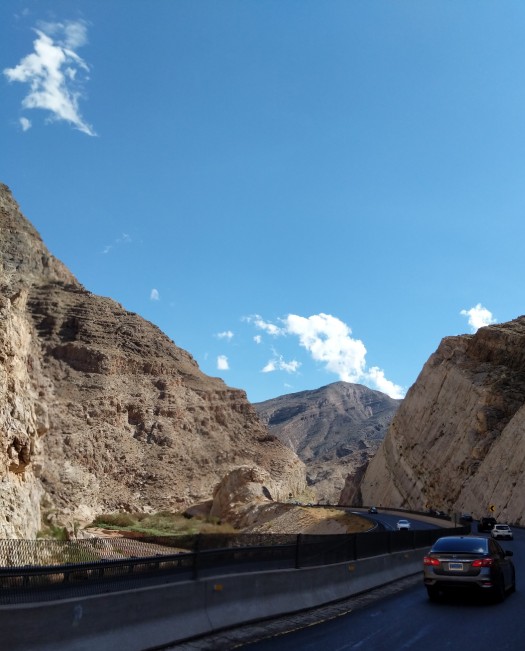 So we pulled off at Littlefield and rode the two miles to Beaver Dam to buy a ticket. Of course, it was a Sunday morning and the car park was full of hopefully from both Nevada and Utah – there was almost a festival atmosphere. Outdoor tables accommodated people with bunches of tickets and some people looked as though they were using their annual income to buy as many lines as possible; Jan  and I filled in one ticket of five lines each. 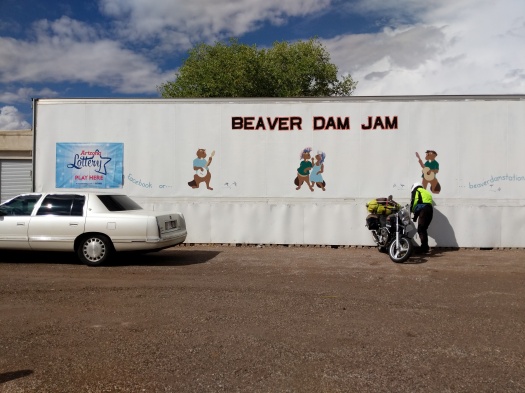 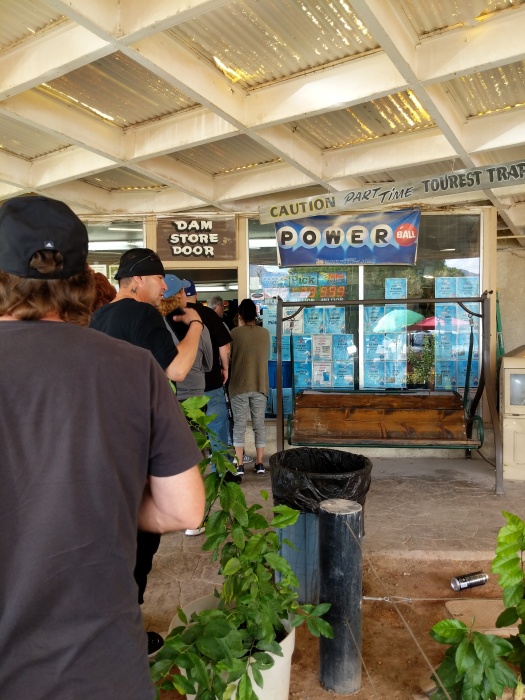 I tried to get a coffee in the bar next door; no such luck. You can buy liquor, beer, lottery tickets, play the slots; but you can’t get a coffee.

One very lucky person from South Carolina won this fortune. From The Washington Post:

Simpsonville, S.C., is having a moment.

The small, rural city — population 22,072 — hosted a Doobie Brothers concert Oct. 17, its official site proudly notes. And by next month, a fleet of trucks will be deployed to vacuum up loose leaves.

Then, there is the other news.

The announcement rolled slowly through Simpsonville.

The winning numbers were 5-28-62-65-70, with a Mega Ball number of 5, and lottery officials estimated that 75 percent of all number combinations had been purchased by the time of the drawing