What a windy ride that was yesterday.

Thank goodness we had a decent brekky 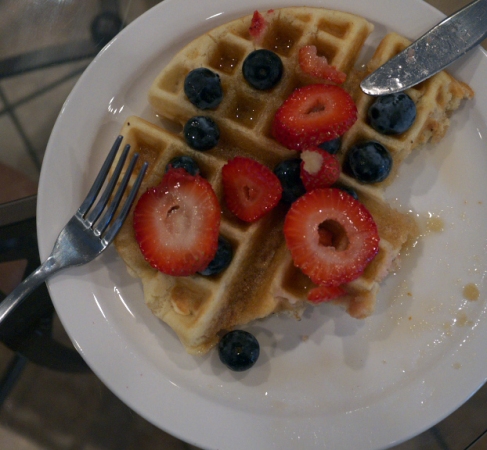 and put the armor on

The quickest route from Hamilton to Sarnia and then across the Bluewater bridge to the USA is 130 miles. But, with the wind and rain, we decided to take the smaller HW6 and then HW3 – easier to stop and take a break if soaked. However, thanks to a helpful lady giving us advice, we got lost in London (yes, London, Canada). We actually ended up in some university campus where we got new directions from a very nice Palestinian man.

After a lot of flaffing about, we made our way to the Interstate, the QE (Queen Elizabeth) 401. This is where the wind got us; crosswinds of between 50 and 70 mph were forcing the bike onto the hard shoulder – which wasn’t actually hard – but gravel. When we rode past tree-lined areas, the wind was not too bad, but man, when we hit the barren areas that wind nearly had us blowing over. We had 90km of that. But finally, arrived at the bridge. The queue was nowhere near as long or slow as normal and the US Border patrol were nice as pie and, fingerprints scanned and iris checked, we were allowed into the USA. 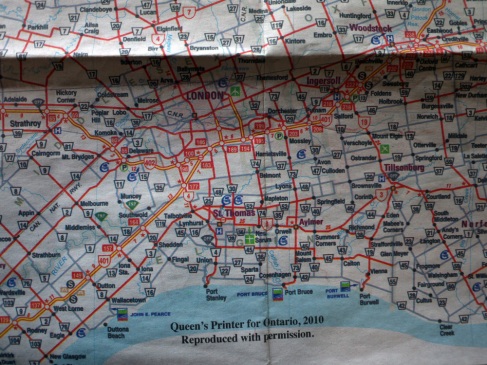 It was about 2 miles from the bridge is Port Huron – one of our favourite American towns. So we booked into the only motel in town (no wifi, only 10 crap tv channels)

We removed our upper body armor, left on bike trousers and leg armor and set off out to celebrate with a nice cold beer by the St Claire river….. 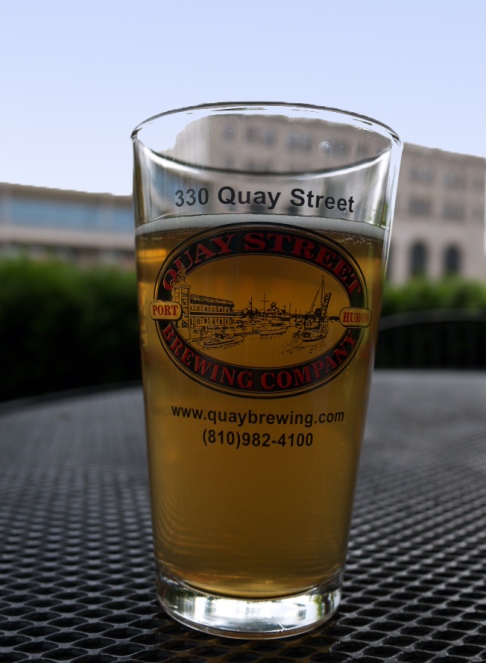 That beer was so nice – we had three each and then noticed an Irish bar on the way back to the motel. That is where it all went wrong…. 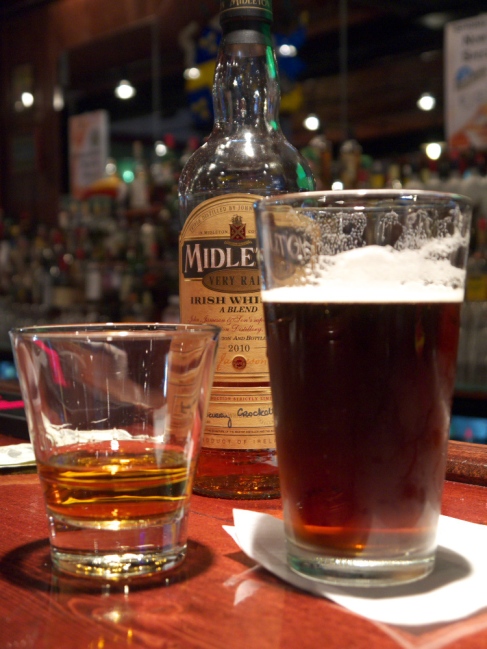 Notice the whiskey bottle in the background. Midleton’s Irish Whiskey – last time we saw that was when we were in Midleton, in Ireland. So Jan ordered one for us to share. Ahem, then we got the bill.

A group sitting by the side of us seemed interested in the whiskey – well, Jan tasted it and I tasted it and it was…. well, just whiskey. So we gave it to these three very nice people

and ordered a different whiskey each – one we liked. I love Laphroaig and Jan loves Ardbeg. They were half the price of the Midleton one too. 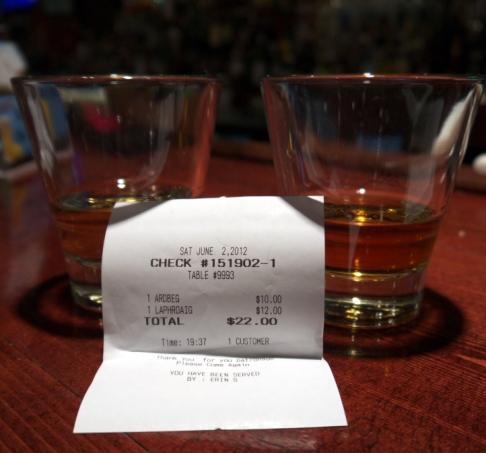 Jan said, let those nice people taste your Laphroaig. I said “No Way”. But I did.

By now, I was cross-eyed and many sheets to the wind so we swerved our way back to the room, got undressed and fell into bed; it was around 8pm!

Course we woke at around 4am – dying of thirst – nothing to drink apart from tap water and desperate for the diner next door to open. It said 7am on the door and we were ready and waiting. But IT DIDN’T OPEN. IT HAD CLOSED DOWN.

So we wandered the rainy streets at 7am on a Sunday. There was a diner at the far end of town – the door said it opened at 8am. Thank heavens, it did! 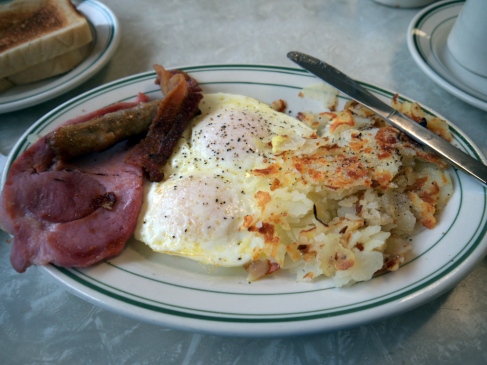 So, fed and watered we strolled around town – some lovely classic American architecture here 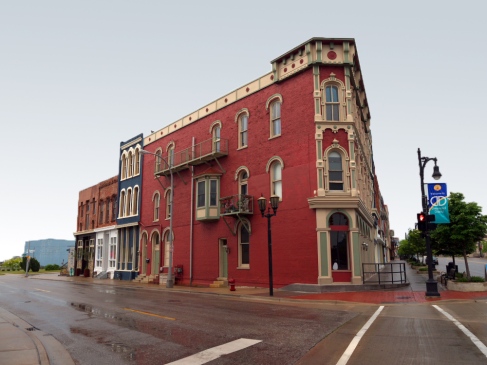 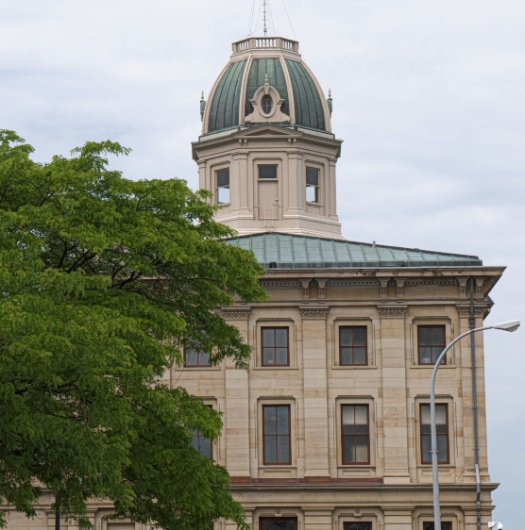 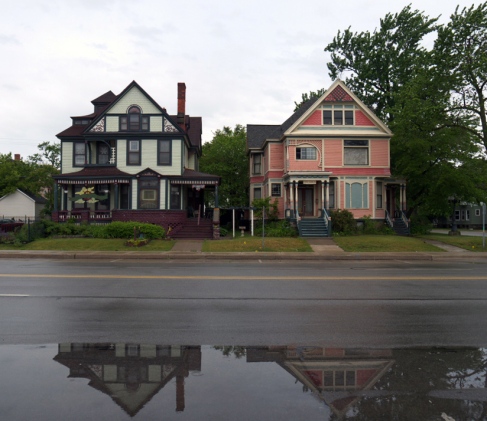 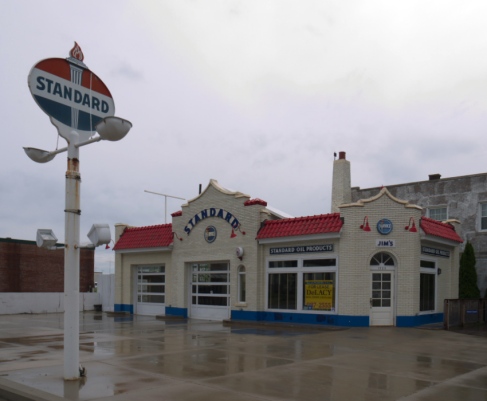 The sun did come out eventually – so we walked along the river. This guy caught a silver bass and kindly threw it back to give it time to grow

Then we went for a cuppa in the Great Lakes Maritime Center. This is a really interesting place and whenever a ship goes up or down river, a member will give lots of info on weight, cargo, build and any interesting history 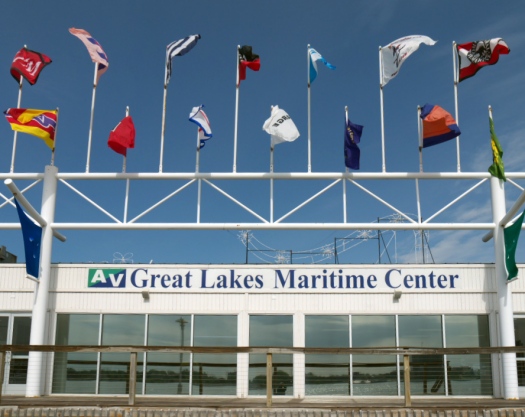 All for now folks – speak down the road.