Hi there from Cornwall.

The hotel was very clean, had a good wifi signal and was very convenient to eats and drinks and a great price at only $36. The only problem was the weather system that is bruising its way over that part of the midwestern USA and caused numerous power outages overnight.

But to begin with, I’ll go back to yesterday morning. The images on the TV channel were not reassuring for the start of a trip….

But MGMan is a determined beast! So he got up early to say goodbye to Pete and Barb (who both left for work at about 6am) then packed the bike and waved goodbye to ‘home’ 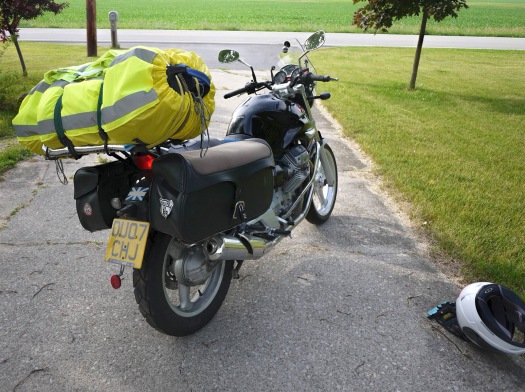 The mileage on the bike was

That weather system was exactly in his way – heading to I-80 so he decided to ride west along HW6 and play it by ear and eye. He continued on to HW24 south of the interstate and crossing Indiana into Illinois

Here is what he wrote on Skype last night:

SO TO AVOID THE STORMS, I DECIDED TO GO WEST ON 6 THROUGH OHIO TO WHERE IT DIVIDES INTO  24 & 6

THEN I STAYED WITH 24, GOING SORT OF SOUTHWEST AND GOT BELOW THE STORM TRACK. I CROSSED INDIANA ON 24 AND GOT TO FORREST IN ILLINOIS. 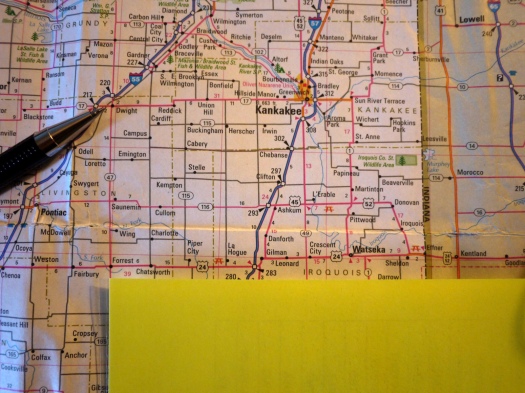 WHERE 24 AND 47 CROSS THERE WERE A COUPLE OF MOM & POP TYPE MOTELS IN FORREST. BUT NEITHER HAD WIFI AND THEY SUGGESTED  GOING NORTH ON 47  ABOUT 24 MILES, TO DWIGHT. AND HERE I AM WITH THE WEATHER CHANNEL ON. 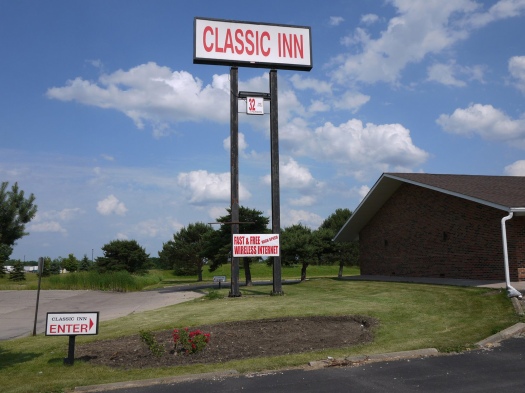 At this point Jan went off to find something to eat;

There is a problem with not having me on the bike! The saddle bag! They are the sort that are co-joined by one strap and just sit across the seat and, normally, my ass is anchoring them down. Without me, he found the bags were sliding sideways a bit. He stopped and tried to move them further back and secure them better but then they started to flap outwards when he reached about 60mph. Something needs to be sorted about this – and soon. “HONEY, I’m catching the next plane” 😉

Well, our connection didn’t last much longer. I think the motel had an outage at around midnight, our time (Chicago is another hour behind so now there is a 6 hour difference). Fortunate in a way, because I had to get to bed as I was working today. At least I could sleep easy knowing he was finished riding for the day. I left Skype on and had some more photos and words this morning; the power had evidently gone out again so I haven’t heard any further.

Here are the photos 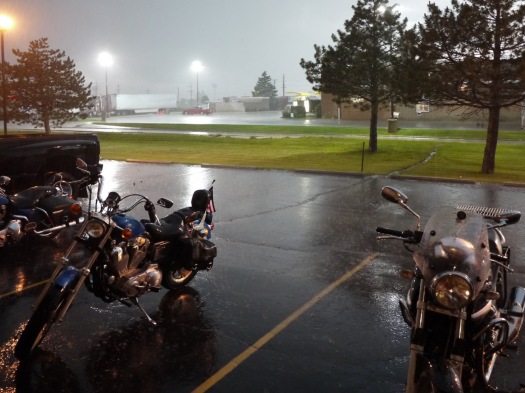 That’s it for now; hope to hear from him tonight before I go to bed.

Here’s the route he took on Google

2 Replies to “Illinois And Heavy Weather”